Once famous for its forest industry and Nokia mobile phones, lately Finland has been forced to look for new drivers of economic growth. A booming startup scene and gaming phenomena Rovio and Supercell are doing their part, but the country now wants to put its Northern location and stable environment to use: to create a global data hub.

As the amount of data grows exponentially, so does the need for new digital infrastructure. Boston Consulting expects over 60 new large datacentres to be built in Europe by 2020 and Finland hopes it has enough aces up its sleeve to win a significant number of them.

The country is already off to a good start with Google, Yandex, and Microsoft building datacentres in Finland. Google itself recently commissioned the report Finland's Giant Data Center Opportunity, which values these investments at an impressive €1.3bn (although some have yet to be realised).

It is exactly these types of large datacentres which Finland wants to grow. Nordic research company Oxford Research, which wrote Google's report, estimates foreign datacentre investments could generate up to 50,000 years of employment in Finland and a total economic impact of up to €11bn within the next decade. 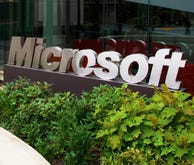 After the Nokia deal, Microsoft promised a $250m datacenter for Finland. So where is it?

When it acquired Nokia's devices business, Microsoft said it would invest $250m in a new Finnish datacenter. A year and a half later, has anything happened?

"Our report is based on attracting mammoth-sized datacentre investments to Finland. Based on studies, building ever larger datacentres is a clear trend nowadays," says Jussi Nissilä, senior analyst at Oxford Research and co-writer of the report. "A few of datacentres of the size global content service providers are building, could be enough to reach our figures, which take into account the economic impact of the whole value chain."

As an example Nissilä cites Google's datacentre in Hamina, Eastern Finland, which opened in 2011. To date the company has announced €800m investments in the datacentre and, while the facility itself employs around 230 people, at its peak there were 1800 people working on the construction site. It's not the centre alone that creates jobs but the total economic impact from it.

A critical and self-evident part of Finland's datacentre sales pitch is climate and geography. While the weather is not quite on an Arctic scale, it is cold enough to chill servers and keep costs down.

In addition Finland is a relatively sparsely-populated country with over 180,000 lakes, which means there's plenty of water available for renewable energy and cooling needs. Despite its small population (less than 5.5 million) Finland is also a large country. The government agency Invest in Finland has mapped out potential sites for datacentre investments. It concluded there are 36 sites with over five million square metres of building rights and total power capacity of 1500 megawatts - enough for 15 super-sized datacentres.

Google is a prime example of putting these natural resources in to good use. Its Finnish datacentre is a converted 1950s paper mill and uses seawater from the Gulf of Finland to cool its servers. Google claims this environmentally-friendly cooling system is first of its kind and makes for one of the most efficient datacentres in the world.

A few hours away, Russian search giant Yandex is doing its part to promote sustainability. Due to open soon, its datacentre collects waste heat from the servers which it feeds into the local district heating system. This provides heating to the nearby city of Mäntsälä while reducing the carbon footprint of the local energy company by around 40 percent. Similar schemes have been introduced by Finnish IT services company Tieto as well as in the EcoDataCentre being built in Sweden.

While trade sanctions against neighbour Russia have recently caused a stir, Finland is also credited with a stable political environment and it is safe from natural disasters - unless you count the occasional blizzard. Still Finland knows it faces competition from Nordic rivals with similar benefits and Sweden has already attracted two datacentre investments from Facebook.

But where Finland can call on a significant advantage is energy.

"Finland has lowered its electricity tax for datacentres to the same level as industrial electricity tax, making the total electricity price in Finland clearly the most competitive in northern Europe," says Severi Keinälä, head of division at the enterprise and innovation department in Finland's Ministry of Employment and the Economy. "In addition the Finnish energy grid is the most stable grid in the world, with median annual uptime per connection point being 99.99946 percent."

While Finland brings a lot to the table, it does face several challenges and the biggest may be a surprise: the country is connected to Europe through a fibre cable located in Sweden. Why is this a problem? It comes down to privacy:

"The Swedish government has the right to track any data moving inside their borders. This can be a data security issue," says Nissilä.

Consequently Finland is already working on improving its international connectivity and aims to break free from Sweden with one confirmed undersea data cable project and a second at the planning stage.

"We are in process of constructing a new fast speed data connection straight to the heart of Europe in Frankfurt. This connection will be operational next year providing very low latency between Finland and Central Europe," says Keinälä. "In addition we are promoting the 'Arctic Connect Cable', which would connect Europe and Asia via the North-East Passage and provide the fastest connection between Europe and Asia".

The Finland to Germany fibre optic cable will be approximately 1,100km long and is currently in construction with the service expected to go live by early 2016. Flexibility in its design also means that in future the cable can potentially be connected to Eastern Europe, the UK, France, and Russia.

Keinälä describes the Arctic Connect Cable as a very large project which requires co-operation from a number of countries and a consortium to both invest in the project and manage it. Interest has been raised by two potential consortiums, but it has yet to materialise into concrete action. An estimated €800m price tag could be an major factor in that.

The improved international fibre cable network could solve Finland's data independence and further improve speeds. Key elements as the datacentre report notes Finland is currently the 'Switzerland of data' and has an advantage in strong legal protections over government surveillance. Recent proposals allowing more network surveillance have been proposed, but are yet to find their way into legislation.

The final part of Finland's datacentre initiatives is rather innovative. As part of the latest government programme, the country is building a skills ecosystem. The aim is to cover all elements of the datacentre supply chain: from design and construction to use and management. While still in its early stages, such improved cooperation is seen as both a way to better serve the emerging datacentre industry and to generate innovation in related fields such big data and energy efficiency technologies.

"The industry for large scale datacentre projects is still quite young... The message from abroad has been that there is lots of expertise in Finland but it's slightly fragmented," says Timo Kemppainen, business development manager of Digitice, the newly-formed Finnish national datacentre and digital business cluster. "Having an ecosystem where players work together is important to meet the needs of potential customers."

The cumulative effect of all these proposals is substantial, but the country is aware it has to act quickly: "The time to attract datacentres to Finland is now," explains Nissilä. "Many of them will be build inside the next five years but then the capacity needs will mostly be met."

Join Discussion for: Finland: The world's next datacentre powerhouse?