​Five ways to talk about tech, without switching people off

Talking about why tech matters can be hard. Here are some tips on getting your message across.
Written by Mark Samuels on Oct. 3, 2018 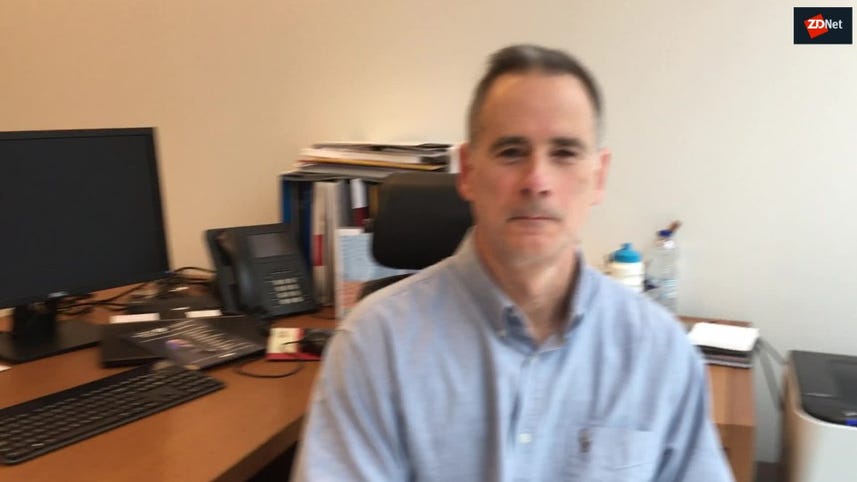 From engineers to chief execs, from top suppliers to the smallest customers, the ability of a tech managers to speak clearly about their aims and challenges can often be key to the success of a technology strategy. So, how can CIOs improve how they communicate? Five digital leaders give their best-practice tips.

Julie Dodd, director of digital transformation and communication at charity Parkinson's UK, says everyone across the business must understand that successful IT-led change is about more than simply buying the right kit. Instead, transformation requires a cultural change and an awareness of how technology can be used to help the business meets its objectives quicker.

"That's what the people who support us want," she says, referring to the donors who help fund the organisation. "They went us to do the best for people with Parkinson's as soon as possible. We want to find a cure and go out of business as quickly as possible. Technology can be crucial in that goal."

SEE: How to manage job stress: An IT leader's guide (free PDF)

Dodd says other IT leaders need a similar approach, regardless of their sector of operation. "Whatever the mission is, you must show technology can almost certainly help," she says, suggesting that many IT professionals are often met with the attitude that technology should play an underlying, rather than business-changing, role.

"Making sure no one tries to put digital transformation in a specific corner of the business is key, as that will inhibit your ability to deliver change. Digital change is all about operating successfully in the internet-enabled world -- and there's a lot of work relating to that message that still needs to get out there."

2. Be outward facing and prepare to be famous

Richard Corbridge, who is chief digital and information officer at Leeds Teaching Hospitals NHS Trust, says the CIOs who are really making a difference rely less and less on their technical expertise. "A CIO that has a good CTO behind them can truly bring the digital revolution that's needed. CIOs need to think about how they become leaders," he says.

To this end, Corbridge says IT chiefs must be outward facing and assume a position that might seem alien to many. "CIOs need to be prepared to be famous," he says.

"The CIO needs to be prepared to stand on almost any platform and talk about how the change they're pushing is going to create benefits for their organisation. Pushing that kind of message will only continue to become more important."

Corbridge says the customer base -- whether that's clients, users or, in his world, patients -- needs to understand what's right and what's wrong with digital. "CIOs must get better at working with the people who use the systems that we're so excited about deploying," he says.

And that matters when things go wrong, too. "When something breaks -- and, unfortunately, it can -- users want to know in basic terms what's broken, when that thing's going to be fixed and what updates they can expect."

3. Provide clarity around successes and challenges

Juan Perez, CIO at logistics specialist UPS, says IT leaders must share their success when technology is deployed effectively in the company. They should also ensure that, when things don't go as well as expected, that their IT team is transparent and clear about what's happening and potential recovery plans.

"I have a great relationship with everyone in the C-suite -- and that means I can walk into anyone's office and talk about the successes, but also things that are not going so well and how we can work collectively to create improvements," says Perez.

He encourages his direct reports, who are the vice presidents for technology, to do the same -- to sit down with their business partners and talk about priorities, technologies and opportunities.

"They must be participants in their line-of-business colleagues' worlds, not just third parties that got requests to work on technology," says Perez. "I want to ensure that -- rather than hearing about the IT department and the business, like you do in most organisations -- we're one team and that we all work towards common goals."

4. Have a regular chat with your team over a coffee

Wincanton CIO Richard Gifford says communication is a challenge in every business, not just an issue confined to people who work in the IT department. From an IT perspective, he does several things.

"On a quarterly basis, we'll have a town hall meeting, which will be a major update against strategy in terms of where we are, the issues we're facing, the challenges and so on. And there's a big pat on the back for those who have been achieving things," says Gifford.

"On a monthly basis, we will gather the team together and I'll sit on a desk and talk about three things that are on my mind at the time. Again, we'll celebrate success and we'll keep the team very much focused on the things that we need to achieve."

Gifford says another thing he's been doing recently is inviting individuals into the canteen for a chat each month. "I buy people in the team a coffee, we'll sit around and they can ask me any questions they'd like," he says. "If there's any concerns or issues, we'll just talk those through and we'll spend an hour doing that."

5. Work with non-IT specialists to improve your message

Mark Clarke, cloud infrastructure lead at the Royal Opera House, says his team spends a lot of time communicating when it comes to change initiatives. "If there's one thing I'd say to other IT leaders running a digital transformation project, it would be that you cannot communicate about change enough," he says.

"Talk about what's going to happen, at what time, and why you're doing it. Talk people through the whole change process and communicate with them afterwards, too. The caveat is that, whatever you do working in IT, someone is going to moan at you; you'll either communicate too little or too much."

Clarke, who spoke at the Cloud Expo Europe conference in London earlier this year, encourages other IT leaders to pull together great documentation and to consider something like video, which makes it easier for users to understand their aims. He also suggests drawing on external expertise -- have your communication prepared by someone who isn't a tech expert.

"What we take as straightforward in the IT department might seem very complicated to people across the rest of the business," says Clarke. His approach is to draft the message, then send it to the communications department to be turned into common-sense English for customers. "I'd recommended that every IT leader uses a similar approach," he says.

IT jobs: Five key skills you'll need to make it to the top

Getting ahead is about more than just tech skills, so how do you measure up?

If you're hoping to advance your career by taking on the role of CIO, be sure it's the right fit for you. Here are some aspects of the job you should weigh carefully before you jump in.