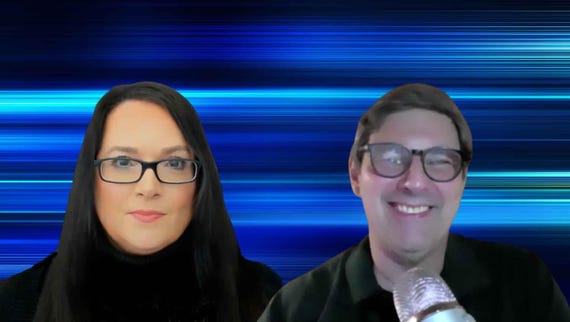 With a pandemic that relegated more people to their homes than ever before, 2020 had a chance to be an outstanding year for VR as it was for tools such as Zoom and Slack. Alas, the pandemic did little to. After nixing its Oculus Go headset, a move that exemplified the challenges of low-end VR, Facebook bounced back by releasing the second edition of its Oculus Quest headset. The Oculus Quest 2 boasts a faster Snapdragon XR2 processor and a display that boasts both higher resolution and a faster refresh rate at $100 less than the price of the original Quest, not including the tax of needing a Facebook account for the product.

Particularly with Sony offering only backward compatibility with PS VR for its just-launched PlayStation 5, that has left Facebook with the consumer VR market largely to itself. That has been enough to subject the company to accusations of app store manipulation that have fallen primarily on Apple.

Indeed, much like the iOS app store, Quest 2's is dominated by games. But unlike the iOS app store, it doesn't host many of the kind of massively popular apps that have become part of the shared vocabulary of digital lifestyle infiltration such as Uber and Facebook's own Instagram and don't have a good place in the Oculus world until the Facebook division expands into AR. As Mark Zuckerberg says, "VR is TV and AR is phones." But don't expect an Apple Watch on your face.

In any case, the kinds of big gains we've seen in the most consumer-friendly VR headsets this year have made their way to the most professional. Finnish extended reality company Varjo recently unveiled its third-generation headset, which features an industry-leading (especially for AR) 115-degree field of view (a 40% improvement) due to custom-designed optics, a 2x increase in-focus area and zoned layers of degrading resolution to help with foveation, the practice of maximizing resolution where the eye is looking. The result, Varjo says, is an overall image that has a greater clarity than that of competitors.

Varjo has long prided itself on reaching the resolution of the human eye at 71 pixels per degree in the focus area; that has now been increased to a nearly 30-degree square. But the resolution now falls off more gracefully in zones surrounding the focus area, much like an archery target, achieving a higher resolution image overall.

And while many in the industry talk about VR and AR converging, Varjo has integrated this into its products. With an overlay that costs far more than most commercial VR headsets, the VR-3 headset becomes the XR-3 augmented reality headset. Varjo has now added a lidar sensor to its AR offering, which the company claims makes for rock-solid placement of holograms in the physical world.

While Varjo ultimately has consumer ambitions, its headsets are today employed in applications that demand and can afford the highest degree of resolution; that includes military training, vehicle design, and medicine. The VR-3 is priced at $3,195 while the AR-3 is at $5,495. One could buy 10 Oculus Quest 2s or three Valve Index headsets for the price of the VR-3, and that's not including the price of the Varjo subscription ($795 per year for the VR-3 and $1495 per year for the AR-3), not to mention a PC configuration that comes to thousands more to run the headsets optimally. The minimum spec is minimum spec includes an 8-core CPU and NVIDIA GeForce RTX 2080 Ti / Quadro RTX 6000 for GPU.  Varjo recently formed a partnership with Lenovo.

Despite the high price, that still represents a radical price drop from Varjo's previous generation at $4,995 and an even greater drop from its first developer edition, which retailed for $9,995. Like the Oculus Quest 2 in the consumer market, which delivered a superior experience at a far lower price than its predecessor, it demonstrates that extended reality is becoming more compelling and more attainable simultaneously.

This startup is building game-changing image rendering tech for VR and AR
By keeping one step ahead of the human eye, Varjo can render images with 70 times the resolution of today's VR experiences.

Mark Zuckerberg sees the future of AR inside VR like Oculus Quest
In an exclusive interview, Zuckerberg explains the path from VR to AR, and why Facebook's doubling down on its popular Quest headset.

Join Discussion for: For pros and consumers, VR makes price-performance...