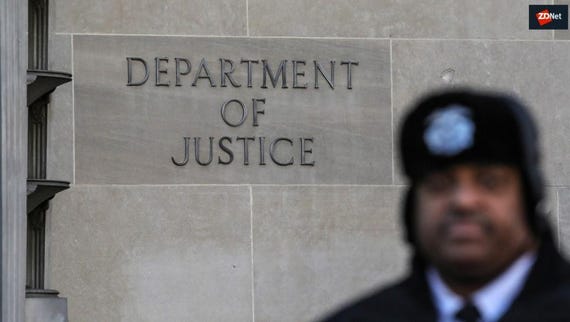 A former Microsoft software engineer has been convicted of 18 felonies for stealing over $10 million in a scheme connected to Microsoft's retail platform.

On Tuesday, the US Department of Justice (DoJ) said the engineer, Ukrainian citizen Volodymyr Kvashuk, has been convicted of five counts of wire fraud, six counts of money laundering, two counts of aggravated identity theft, two counts of filing false tax returns, and one count each of mail fraud, access device fraud, and access to a protected computer following a five-day trial.

The 25-year-old worked as both a contractor and employee of the Redmond giant. Between August 2016 and June 2018, Kvashuk acted as a software tester for Microsoft's online retail sales platform and used his privileged access to steal digital currency and assets including gift cards.

Kvashuk used his own accounts and test email accounts belonging to other employees to siphon away "digital stored value" assets.

In the beginning, the software engineer stole relatively small amounts, reaching roughly $12,000 in value. However, the thefts soon escalated to massive proportions and Microsoft was eventually defrauded out of over $10 million over a seven-month period.

The engineer, it seems, had expensive tastes, leading him to purchase a $1.6 million lakefront home and a Tesla motor.

CNET: Firefox enables network privacy feature for users in US

In order to hide his tracks, Kvashuk not only used accounts belonging to others but also employed cryptocurrency mixing services before depositing the 'washed' funds into his own financial accounts, including $2.8 million in Bitcoin (BTC). This particular deposit was disguised as a fake gift from a relative through the filing of a fraudulent tax return.

The scam was discovered and the engineer was promptly fired, leading to the criminal complaint. During the trial, Kvashuk denied any intention to defraud Microsoft; instead, he said he was "working on a special project to benefit the company."

Prosecutors called this defense a "house of lies."

TechRepublic: How to hack an election without touching a voting machine

The jury, too, did not accept this version of events and Kvashuk faces up to 20 years in prison for his exploits. Sentencing is set for June.

"In addition to stealing from Microsoft, Volodymyr Kvashuk also stole from the government by concealing his fraudulent income and filing false tax returns," said IRS-CI Special Agent in Charge Ryan Korner. "Criminals who think they can avoid detection by using cryptocurrency and laundering through mixers are put on notice…you will be caught and you will be held accountable."