Foxtel has announced a dedicated live 4K channel and set-top box with 'smarter features for faster streaming'.
Written by Jonathan Chadwick on Aug. 14, 2018

Foxtel has on Tuesday announced a dedicated 4K live channel supported by its satellite network and an accompanying set-top box, the iQ4, in what the company has called "an Australian first".

The Foxtel in 4K 24/7 channel, which launches in October, will come as part of a Foxtel Platinum HD or Foxtel Sports HD subscription. The channel will be available through a compatible 4K TV and the AU$125 iQ4 box, which is an upgrade from the iQ3 and is designed to be continually upgraded with smarter features for faster streaming, Foxtel said.

Foxtel said that at launch, the channel will start previewing 4K content, such as documentaries, concerts, and live sport -- including the one-day international between Australian and South Africa starting November 4 -- but the company will continue expanding the content available on the 4K channel over the next 12 months.

The new hardware marks "a new wave of innovations" that will maximise the value of a subscription, the company said.

"Innovation is in Foxtel's DNA, and we have continuously redefined entertainment for Australia, putting us at the centre of connecting subscribers ... as we bring even more sport and entertainment programming to life in guaranteed 4K," said Foxtel CEO Patrick Delany.

Speaking to ZDNet on Tuesday, Nick Dandy, director of Product Design for Foxtel, said the iQ4 set-top box has advanced hardware over the iQ3, but the company will continue to upgrade both with new features and functionality.

"It's a highly upgradeable software platform, so we have a lot of capability to enhance it with whatever features and functionality we decide. The main difference with this new box is the faster processing and more memory, so it's more future-resistant to the needs of faster chips or more memory to run certain software applications.

"Our most recent release had team link and streaming and auto-play next episode functionality; we will continue to upgrade both software platforms."

Dandy said that because of the timing of the launch, cricket will be the predominant sport on the channel. Foxtel is "working through the content line-up", he said, but over time will look to include more local and international sport.

Foxtel's parent organisation News Corp primarily attributed its $1.1 billion loss to the merger between Foxtel and Fox Sports for the quarter to March 31, 2018, citing non-cash write-downs of $998 million.

During the quarter, Foxtel made $587 million in revenue, down by $4 million year on year, with subscribers climbing to 2.8 million as of March 31 thanks to the launch of Foxtel Now. 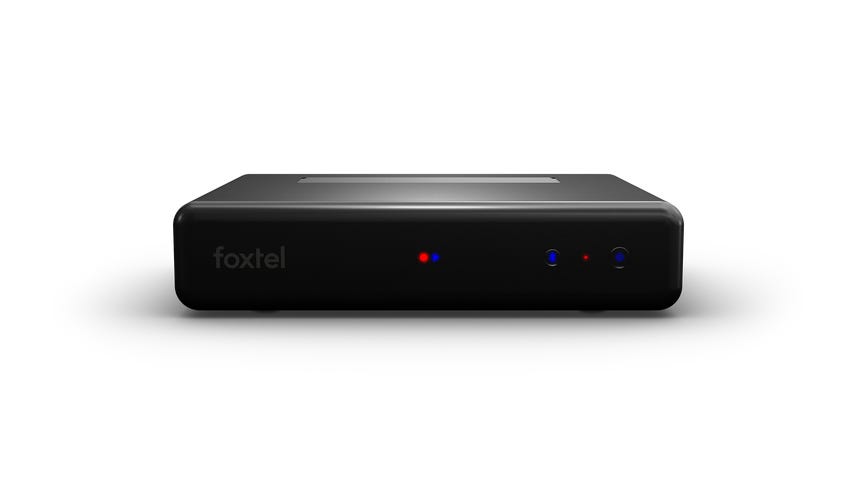 CEO and MD Julian Ogrin to leave Amaysim by the end of the week.

Foxtel has detailed how around 15 torrenting websites and 10 streaming sites are facilitating the infringement of copyright, including 'Game of Thrones' and 'Grey's Anatomy'.

In addition to the FIFA World Cup and English Premier League, Optus has announced securing the broadcast rights for the UEFA Champions League, Europa League, and Super Cup for the next three years.

Telstra's second-generation Telstra TV has a free-to-air tuner, HEVC, a quad-core processor, and 4K UHD support, and is included in all AU$99 and above broadband bundles.