Prosecutors in France have opened an investigation into Apple, after the tech giant deliberately slowed down some ageing iPhone models via software updates.
Written by Chris Duckett on Jan. 8, 2018 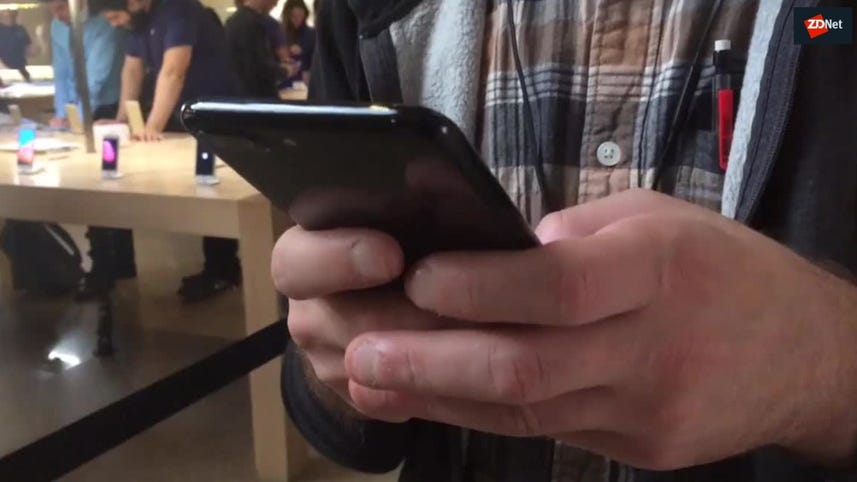 French prosecutors have opened an investigation into Apple, after a consumer group lodged a complaint against the US tech giant over its alleged slowing of older iPhones.

At the end of last year, Apple apologised for deliberately slowing down some ageing iPhone models via software updates but said it did so in order to prolong battery life and not to force customers to upgrade.

The French investigation had been handed over to the country's competition and consumer protection authority, the DGCCRF.

HOP accused the company of "the practice of planned obsolescence with the aim of deliberately reducing the lifespan [of a product] in order to increase the replacement rate," it said in a statement.

HOP said France was the third country to investigate Apple after the United States and Israel, but the only country where the alleged practice is illegal.

In its letter dated December 28, Apple claimed it wanted customers to be able to use its devices for as long as possible.

"First and foremost, we have never -- and would never -- do anything to intentionally shorten the life of any Apple product, or degrade the user experience to drive customer upgrade," Cupertino said. "Our goal has always been to create products that our customers love, and making iPhones last as long as possible is an important part of that."

At the same time, Apple launched a battery replacement program for users with an iPhone 6 or later. Users would need to pay $30 to have a battery replaced, however the cost has been reduced from the previous $80 price.

Last week, a Barclays analyst said 519 million iPhone owners, or 77 percent of iPhone users, are eligible for Apple's offer, and that about 52 million would take it up. If approximately one-third of those who upgrade their batteries do not purchase a new iPhone, Apple could miss out on selling 16 million units.

"With the update, iOS dynamically manages the maximum performance of some system components when needed to prevent a shutdown," the company said. "While these changes may go unnoticed, in some cases users may experience longer launch times for apps and other reductions in performance."