Samsung's latest Galaxy Z Fold 2 is a marvel of engineering with improved software elements that enhance productivity. Then again, LG's tried and true dual-screen solution provides nearly the same experience at half the price.
Written by Matthew Miller, Contributor on Sept. 4, 2020 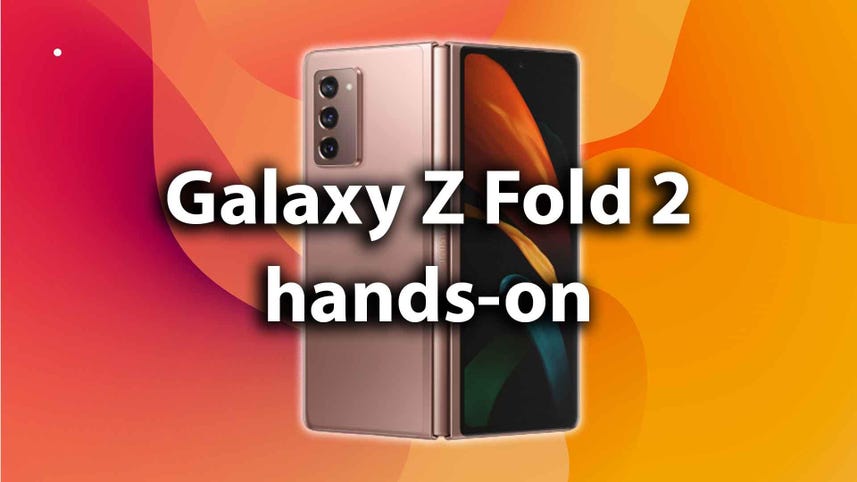 It's an exciting season for Android fans, as new flagship phones show how foldable and multiple display devices can improve productivity. After 24 hours with the Samsung Galaxy Z Fold 2 with the LG V60 ThinQ at its side, it was interesting to see the different results with the same apps on multiple displays.

Samsung offers 7.6 inches on its main display with a 6.2-inch cover display, while LG offers two 6.8-inch displays through its Dual Screen cover. These are two clearly different approaches to providing a platform for productivity, and both are effective with different strengths and weaknesses. Let's explore some examples and define the differences. Make sure to check out the image gallery with photos comparing these two devices.

Samsung's hardware is fantastic, but there are aspects of the LG V60 and LG Velvet that may be more important for getting work done. These include advanced stylus support, IP68 rating and MIL-STD-810G drop/shock resistance, 3.5mm audio port, and fact that you can remove the phone from the Dual Screen cover and have a capable smaller smartphone without the bulk of the second display. These LG devices are also priced at less than half the cost of the Samsung Galaxy Z Fold 2.

After seeing the Galaxy Z Fold 2 launch event and various videos sent to reviewers, I ordered my own personal Z Fold 2, black with a blue hinge, because I didn't think there was any way that LG's solution could offer as much for getting work done. As you can see in the list above, LG offers more in many situations and will save you hundreds of dollars.

One area where Samsung put in serious work over the last year was in the software experience. This is clearly where LG should allocate more resources, especially with Microsoft offering its Surface Duo with a more similar form factor and promising software improvements.

Looking at the LG Velvet/V60 compared to the Samsung Galaxy Z Fold 2, which device will help you be more productive?

Storage
Got hit by a cyberattack? Hackers will probably come after you again - within a year