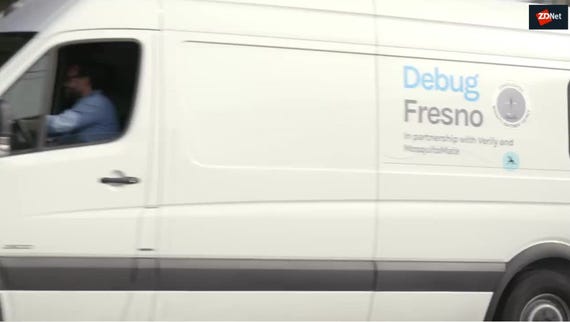 The Fannie and John Hertz Foundation's relentless 61-year -- annual search for the best young science, maths and engineering graduates -- is developing into a closer relationship with the Bill and Melinda Gates Foundation which is funding the addition of six Hertz fellows to will help fight the spread of malaria and food-crop diseases.

The young Hertz Fellows will spend two summers working with top researchers in key programs identified by the Gates Foundation as critical to its mission of improving global health and development outcomes.

Robbee Baker Kosak, president of the Hertz Foundation, said she was delighted with the success of last year's fellows program with the Gates Foundation and that the relationship had expanded.

The young Hertz Fellows will spend two summers at least one summer working with top researchers in key programs identified by the Gates Foundation as critical to its mission of improving global health and development outcomes.

Robbee Baker Kosak, president of the Hertz Foundation said she was delighted that last year's fellows program with the Gates Foundation had been expanded.

"The partnership between our two foundations started due to a shared belief in the importance of bringing scientific and technological solutions to the wide range of health and development challenges faced by people around the world," said Kosak.

The Hertz Foundation is well known for its rigorous methods of surfacing the best of the best among thousands of young graduates through several levels of applications, recommendations and interviews by panels of top academics:

"Each submission requires four letters of reference and candidates are evaluated on creativity, drive, and innovation. Two personal interviews are required. Applicants that show entrepreneurial traits and own patents are favored in the selection process."

Currently the Foundation selects 10 new Fellowship awardees, and the Gates supported Fellows are chosen among those 10.

Hertz Fellows receive five-years of funding at any one of the nation's top 49 research universities to work on any project without restrictions plus they have access to a mentorship program among the more than 1200 Hertz Fellows.

Hertz Fellows receive five years of funding at any university to work on any project without restrictions -- plus they have access to a mentorship program among the more than 1200 Hertz Fellows.

Interestingly, Teller is the grandson of Edward Teller, the US physicist that inspired the mission of the Hertz Foundation to search for the best young graduates. Edward Teller is best known for his work on creating the H-bomb.

Also: Back to school with Alexa: The ultimate guide

Teller was a close friend of John Hertz, the founder of the company that became the Hertz car rental business. Teller convinced him that progress in engineering and applied sciences is the "fuel that improves the human condition."

"Nearly two decades ago, the Foundation expanded the Fellowship to students in the biological sciences, and they've made extraordinary advances in their fields," said Kosak. "We're humbled that the Gates Foundation is now opening doors to these young researchers with a passion for global health and development."

Silicon Valley is very close to the Livermore-based organization. And five of the six Hertz Fellows chosen to work with the Gates Foundation scientists have local connections with Stanford, UCSF, and Berkeley universities.

The 2018 Global Health and Development Fellows are:

They will join returning fellow Alex Ferris who has been studying the spread of cassava disease.

The Hertz Fellows supported by the Gates Foundation are just the tip of an immensely talented pool of young graduates. Kosak hopes that the partnership with the Gates Foundation will attract other organizations that could offer them funding opportunities or involve them in working on important projects.

The best back to school laptops in 2018 SEE FULL GALLERY