No date has been set for when the driverless taxi service will launch.
Written by Campbell Kwan, Journalist on July 24, 2019 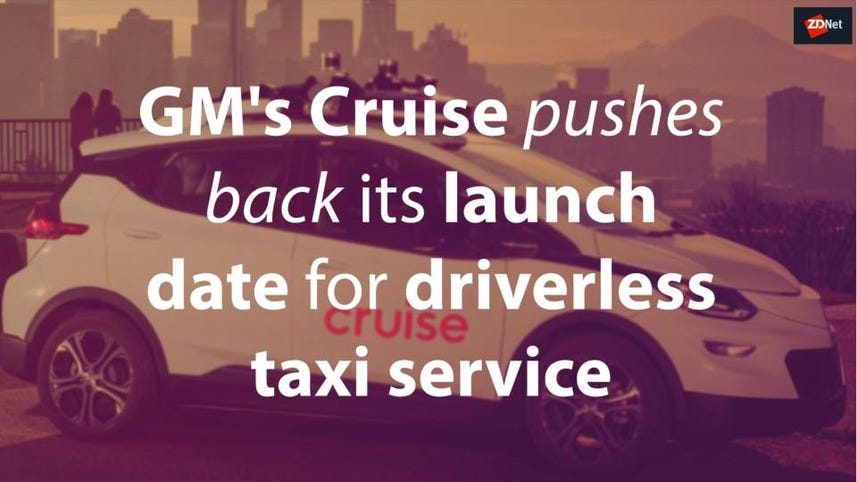 Cruise has stepped back from its original goal of launching a fully driverless taxi service by the end of 2019.

On a Wednesday Medium blog post, Cruise CEO Dan Ammann announced that the deployment of driverless services would extend to "beyond the end of the year".

"In order to reach the level of performance and safety validation required to deploy a fully driverless service in San Francisco, we will be significantly increasing our testing and validation miles over the balance of this year, which has the effect of carrying the timing of fully driverless deployment beyond the end of the year," Amman said.

Cruise had originally told investors in 2017 that it planned to launch a fully driverless taxi service this year, according to Reuters.

"If we continue on our current rate of change we will be ready to deploy this technology, in large scale, in the most complex environments, in 2019," Ammann said at the time.

In the meantime, the company said it would increase its testing and validation miles and "significantly increase Cruise's presence in the community".

Amman did not provide a timeline for when Cruise would launch its driverless service.

Regulatory support for fully driverless services has also been slower to take than Cruise anticipated, with Cruise's 2018 request for a two-year waiver -- that would have allowed its vehicles to not have steering wheels or dashboard warning lights which are legal requirements -- still being assessed by regulators.

"When you're working on the large scale deployment of mission critical safety systems, the mindset of "move fast and break things" certainly doesn't cut it," Ammann said in the blog post.

Despite the delay to Cruise's plans, Amman said that he expects the company to continue to scale its operations due to its pool of resources, having secured capital commitments totalling $7.25 billion over the past year. The funding came through three separate injections from an array of investors that include SoftBank, Honda, General Motors (GM), and T. Rowe Price Associates.

Since being acquired by GM in 2016, the company has also increased its employee headcount from around 40 people to 1,500 people.

Cruise revealed its first fully driverless car, a Chevrolet Bolt EV lacking a wheel or pedals, back in January 2018.

GM's Cruise raises another $1.15b from group headed by SoftBank and Honda

Latest round brings the total raised by Cruise over the last year to $7.25 billion.

With plans to mass-launch an automated driving platform from 2024.