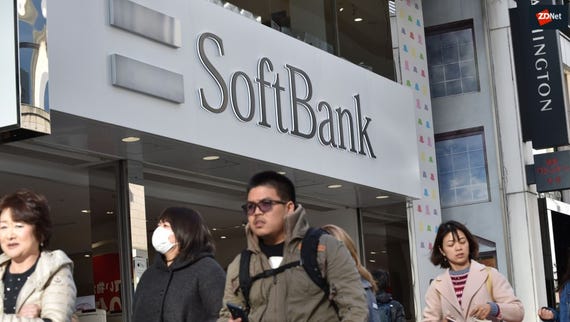 General Motors (GM) said the deal will further strengthen its plans to commercialise autonomous vehicle technology "at scale", which is on track beginning 2019.

At the closing of the transaction, Vision Fund will invest the first tranche of $900 million. When GM's Cruise AVs are ready for commercial deployment, Vision Fund will add a further $1.35 billion subject to regulatory approval, the company said.

GM bought Cruise, known for its conversion kit that can transform certain types of cars into autonomous vehicles, in 2016. The company revealed its first fully driverless car, a Chevrolet Bolt EV lacking a wheel or pedals, earlier this year.

GM has previously invested in $500 million into Lyft for the development of a network of on-demand, chauffeur-less" autonomous vehicles; as well as LiDAR developer Strobe for an undisclosed sum last October.

Last year, GM said it would be testing vehicles in fully autonomous mode in New York starting in early 2018. However, GM and Cruise Automation still have not received a permit to do so, according to ZDNet's sister site CNET citing Jalopnik, as the New York City mayor has reportedly opposed a pilot.

In January, GM submitted a petition to the US Department of Transportation seeking permission to begin operating its fully autonomous cars in a commercial ride-hailing service in 2019. It had previously announced plans to deploy a large-scale fleet of driverless taxis in large cities by 2019.

Among the other automakers with autonomous vehicle projects are Tesla, which unveiled its heavy duty Semi trailer truck in March; Toyota, which is working with Uber on self-driving technologies; Ford, which believes self-driving cars are just a few years away from "changing the world"; and Audi, which has partnered with Nvidia to bring level 4 autonomy to the roads by 2020.

Nissan, BMW, and Hyundai likewise, are all looking to have driverless vehicles on roads within the next four years.

Dossier: The leaders in self-driving cars

While a number of companies are entering the autonomous vehicle space, these 10 are making the most progress in advancing the technology.

Are self-driving shuttles the work perk of the future? (TechRepublic)

Apple is partnering with Volkswagen to build self-driving vans for employees, which could signal a broader trend.

Join Discussion for: SoftBank Vision Fund invests $2.25b in GM...