Google's new Pixelbook is a $999 laptop with Google Assistant and a pen capable of hand recognition. It's "a high performance Chromebook," Google touted at its San Francisco event.
Written by Jake Smith, Contributing Writer on Oct. 4, 2017 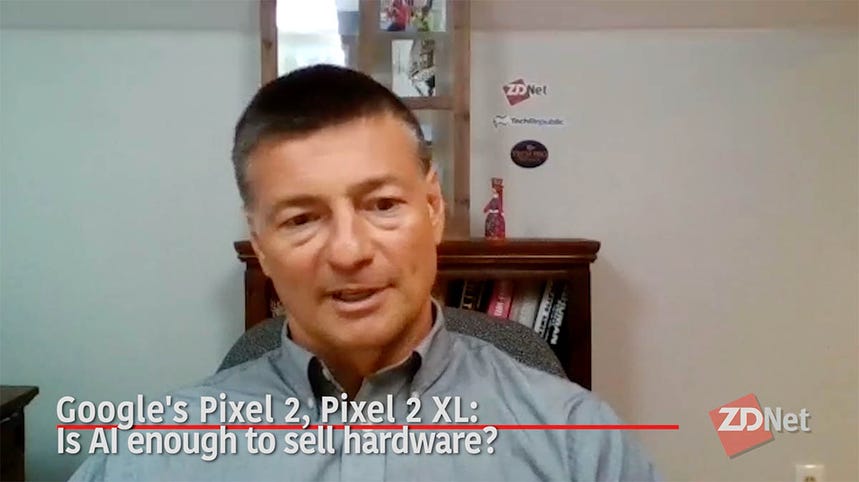 Google on Wednesday announced a high-end Chromebook called the Pixelbook. It comes with Chrome OS, Google Assistant, and 4-in-1 design. It features a 12.3-inch touchscreen with Quad HD LCD, as well as a wide trackpad, soft-touch keyboard, and a backlit design.

Pixelbook is now available for pre-order on Google Play Store.

At an event in San Francisco, Calif., Google said Pixelbook fully supports the Google Play app store, including typically mobile-focused apps like Snapchat. Google Assistant can be activated by voice or a button on the keyboard, where the voice assistant can perform tasks or answer questions.

Pixelbook is available with an Intel Core i5 or i7 processor, up to 16GB of RAM, and up to 512GB of SSD storage. It has two USB-C ports for charging or accessories. If you're using a Pixel smartphone, you can set the Pixelbook to automatically tether data when no Wi-Fi is available.

Alongside the aluminum-body Pixelbook, Google debuted the Google Pixelbook Pen for hand-writing recognition. Google partnered with Wacom for the Pen to make "the fastest stylus experience ever" with only 10ms of latency.

The Pixelbook also has a button that can be used to circle photo or text on the screen. You can look up words, find out more about a picture, add an event to your calendar, and more.

It's not clear how Android apps will support the stylus.

Pixelbook's battery lasts up to 10 hours, and if you run low on juice, 15 minutes of charging gets you up to two hours. Dual speakers, four microphones, and a 720p camera are also found on the laptop.

Google said the Pixelbook starts at $999, while the pen is $99. It's available in US, Canada, and UK on Oct. 31. Google is also offering a $249 protection plan for the laptop at purchase.