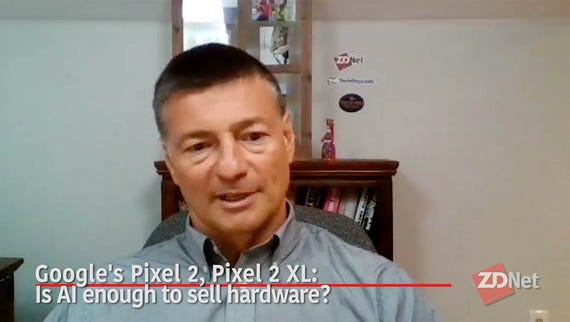 Google has lifted the veil on its new $1,000 Chromebook, and it's what the MacBook should be, but isn't.

The new Chromebook -- called the Pixelbook -- is where I expected the MacBook of 2017 to be, but isn't because Apple has become complacent and thinks that taking ports away is revolutionary.

The Pixelbook has a lot in common with the MacBook. They're powered by 7th-generation Intel Core processors and have similar screen resolutions, similar storage options (although the Pixelbook starts at 128GB, while the base MacBook starts at 256GB). And they both have similar memory configurations: both offer 10-hour battery life and feature an aluminum unibody construction.

Even the weight is about the same.

But it's the differences that matter. Google actually went out and created something different, as opposed to just regurgitating a slightly upgraded version of its previous high-end Chromebook, the Pixel.

Instead, Google gave it the sort of upgrade you'd expect from a premium Windows notebook (yes, Windows is now leading the way when it comes to premium notebooks).

Sure, nothing in that list is ground-breaking here for anyone who is familiar with Windows-powered premium notebooks, but Apple has nothing that comes close to this.

And for a company that prides itself on creating premium products, it's embarrassing that Apple has now been outdone by a Google and a Chromebook.

For Windows users that want to move away from Windows, the Pixelbook now offers a credible alternative to Apple.

Apple, you need to raise your game. And quickly. Your MacBook lineup is looking old and stale.