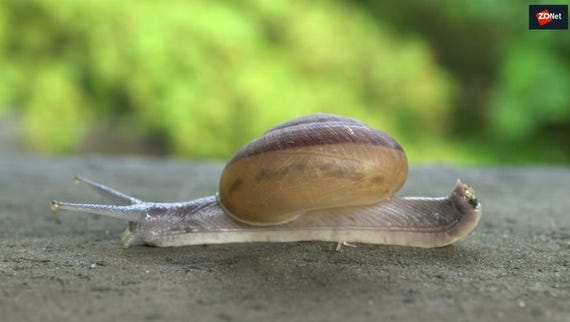 Chrome developers are preparing a new feature for the desktop and mobile browser that will let users share a link that takes the recipient to the exact word the sender has selected.

The incoming feature was spotted by Chrome Story and has been merged into Chromium source code for a future release. Dubbed 'Scroll-To-Text', it is the text equivalent of sharing a link to a YouTube video that jumps to a preselected time.

As it is, there's no tool in Chrome for creating a link to a certain spot on a web page. Finding specific text is also difficult from a mobile browser using the fiddly 'Find in Page' feature, which apparently is rarely used in Chrome on mobile devices.

The common answer to this problem is to take a screenshot of the relevant text and maybe share a link to the page it was from. Or you could send a link and tell the recipient to search for a word.

David Bokan, the Chromium developer behind the feature, has posted a page on GitHub about the Scroll-To-Text project that explains why it would be useful and how it works.

"When following a link to read a specific part of a web page, finding the relevant part of the document after navigating can be cumbersome. This is especially true on mobile, where it can be difficult to find specific content when scrolling through long articles or using the browser's 'Find in Page' feature. Fewer than one percent of clients use the 'Find in Page' feature in Chrome on Android," he writes.

"To enable scrolling directly to a specific part of a web page, we propose generalizing the existing support for scrolling to elements based on the fragment identifier. We believe this capability could be used by a variety of websites (eg, search engine results pages, Wikipedia reference links), as well as by end users when sharing links from a browser."

For the feature to be useful to all users, Scroll-To-Text would also need to be supported by Firefox, Safari, Edge and others. Boken is proposing adjustments to HTML standards so the feature is supported.

As for the link, his project proposes encoding a text snippet in the URL with the prefix 'targetText=' followed by a string containing the keywords. If the user has selected a long phrase, the string would contain the beginning and end words.

One aspect that the project doesn't address is the ability to send a link that scrolls directly to an image.

He's also exploring how it could be possible for users to highlight multiple snippets of text to share.

Opera shuffles around buttons in its forthcoming release with re-design inspired by photography.

Google is trying out a feature for Chrome that aims to deliver a consistently quick browsing experience.

Google Chrome's dark mode is currently under development. Expected to arrive later this year to the Chrome stable branch.