No news snippets or pictures will dramatically harm traffic to news sites in Europe, according to Google.
Written by Liam Tung, Contributing Writer on Feb. 7, 2019 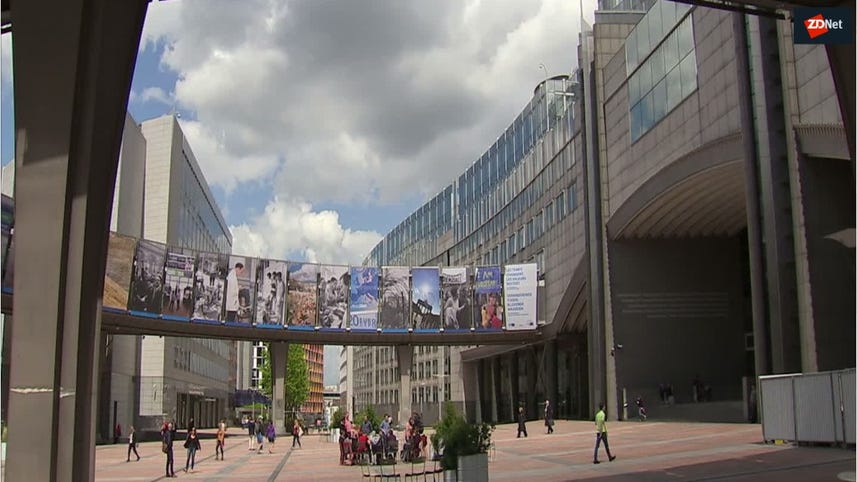 As EU lawmakers finalize the text of the European Copyright Directive, Google has revealed how badly the new rules could impact traffic to European news sites.

Google, YouTube, and some digital rights groups, have been lobbying against Article 11 and Section 13 of the directive, which the European Parliament approved in September.

Article 11, called the 'link tax' by opponents, requires anyone who copies a snippet of text from a publisher's articles to have a license to do so. Article 13 demands that online platforms filter and block uploads of copyright-infringing material.

These parts of the directive could impact services like Google News, which Google shut down in Spain after a similar national copyright law was passed there. Digital-rights activists are also worried it will prevent people from sharing links.

Just as Spanish online publishers saw a drop in traffic, Google says its tests using a moderate version of what's proposed in Article 11 led to a 45 percent reduction in traffic to news publishers.

"Our experiment demonstrated that many users turned instead to non-news sites, social-media platforms, and online video sites —another unintended consequence of legislation that aims to support high-quality journalism. Searches on Google even increased as users sought alternate ways to find information," wrote Google SVP of global affairs, Kent Walker.

The tests, revealed to Search Engine Land in January, showed what Google search would look like when searching 'latest news'. Essentially, its top carousel would be blank except for the name of the publication and the time Google indexed it.

"Reducing the length of the snippets to just a few individual words or short extracts will make it harder for consumers to discover news content and reduce overall traffic to news publishers," argues Walker.

Naturally, rather than requiring a contract to use snippets, Google hopes Article 11 permits sharing of text-based facts and thumbnail images.

On Article 13, Walker argues that companies that help rights holders identity and control the use of their content shouldn't be held liable for user uploads. Google also wants right holders to provide reference files and URLs in requests to remove content.

If passed, Article 13 will force all websites to check any and all posts for copyright violations. That will include photos, videos, words, tweets, memes, software code, etc, etc. Think about that for a minute, and shudder.

A proposed European law would mandate that content providers utilize some kind of content filter to make sure rights holders get their royalties. But for a public open source code repository, such a contraption could be a nuisance, or it could be catastrophic.