Full Bio
Posted in Between the Lines on February 21, 2018 | Topic: Mobility 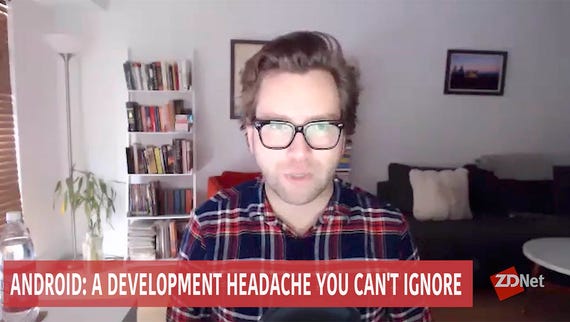 Google is aiming to help Android's prospects in the enterprise by recommending devices that met its requirements for enterprise use. One notable exclusion from the Android Enterprise Recommended program is Samsung.

The recommendation program from Google could be a boon for device makers included in the program, but Android is playing catch up in the enterprise.

Samsung isn't on the initial recommended list, but it was involved with crafting the overall requirements. Google said:

During development of the Android Enterprise Recommended program, we worked closely with Samsung on the overall requirements and invited them to be a launch partner in the program. This is the first group of partners to be announced and we'll be working with more OEMs in the future.

Nevertheless, Google's Android Enterprise Recommended list includes many of Samsung's rivals such as LG, Nokia, Huawei, and BlackBerry. Google did add that the devices on its recommended list are designed to hit multiple price points, but the company doesn't set pricing policies for partners.

David Still, director of Android Enterprise, said in a blog post that the initial list of partners will evolve over time.

Throughout 2018, we will also be applying the Android Enterprise Recommended framework to additional partner types, including OEMs of "dedicated" and rugged devices, mobile carriers, enterprise mobility management (EMM) providers and systems integrators.

The omission of Samsung, however, won't help the overall enterprise Android cause. According to Engyte data in 2017, Apple's iOS accounted for 82 percent of enterprise activity compared to Android's 18 percent. Egnyte's data is based on a sample of more than four billion activities. Jamf, which makes Apple device management software, found 99 percent of enterprises use the iPhone or iPad.

One big issue for Android in the enterprise is that there are too many flavors of the operating system to support and patch. Google is attempting to wrap some requirements and best practices for its recommended devices.

Google noted that it will "continue to raise the bar" with its requirements to provide the best enterprise experience.

At launch, Google is recommending the following Android device manufacturers:

The notable exception in that list is Samsung, which has a business-to-business unit and traction in the enterprise with the Galaxy Note 8 and upcoming Galaxy S9 pair.

For the Android devices available at launch, the Android Enterprise Recommendation effort could be a boost -- as well as a back to the future move. BlackBerry used to dominate the enterprise, but is now Android based. Nokia was also a stalwart. A vendor like LG or Huawei could get an enterprise lift from Google's stamp of approval. 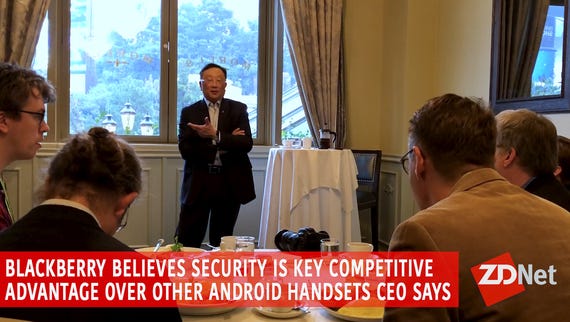