We've reached peak smartphone, but is the next innovation lurking among the stands of the world's biggest mobile show?
Written by Steve Ranger, Global News Director on Feb. 23, 2018 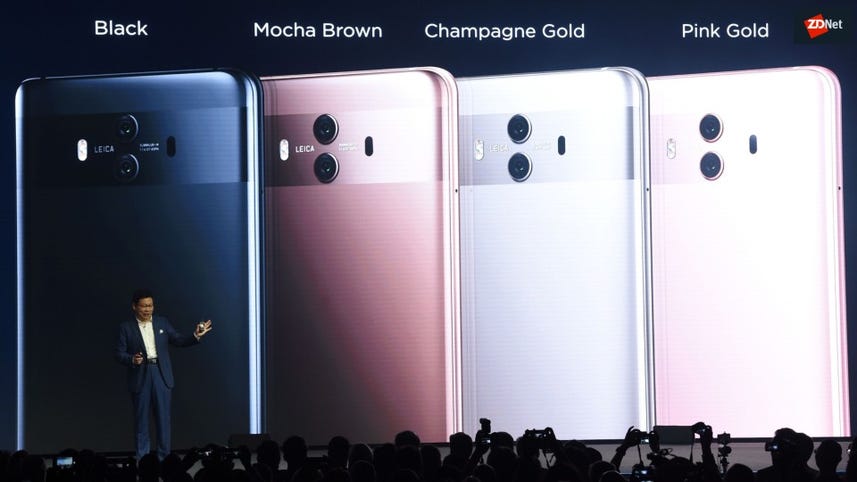 Everything you need to see from the world's biggest phone show.

Mobile World Congress, the mobile technology mega-show that kicks off in Barcelona next week, comes at a difficult time for most smartphone makers.

There will be the usual glitz and glamour, of course. The star of the show will be the Samsung Galaxy S9, the South Korean giant's next flagship smartphone, which is due to be unveiled just before MWC opens. Beyond that, according to reports, get ready for handsets from former giants like Nokia and BlackBerry, and more.

But for all the big launches, there are storm clouds ahead.

Demand for smartphones is faltering. According to data from analyst group IDC, 403.5 million devices were shipped in last quarter of last year, down 6.3 percent on the 430.7 million phones shipped in the final quarter of 2016, while shipments for the full year were pretty flat. One reason is that, despite vendors throwing in ever more features (biometric security, AI and digital assistants to name a few), fewer people are seeing a compelling need to upgrade.

On the plus side, even if we aren't rushing to upgrade our phones, we're willing to shell out a bit extra when we do: spending on smartphones hit an all-time high of $120 billion in the fourth quarter of 2017.

The bad news for every smartphone maker bar one is that Apple grabbed more of that revenue -- 51 percent -- than all of its rivals combined. But even Apple isn't having it all its own way, with iPhone sales dropping one percent year on year in its latest quarterly results.

A flat market where a huge chunk of the profit is going to one player is a tough one to operate in, and more than ever at MWC, smartphone makers are casting about in search of the next big thing -- the innovation that will get consumers and businesses buying and upgrading at a faster pace, and maybe give the market leaders something to worry about.

There are plenty of candidates out there in terms of technologies, but it's not clear whether any of them will generate big growth. Here are five big questions that smartphone vendors will be pondering, and my take on them. Some of the answers may become clearer after this year's event.

1. What does the rise of smart speakers and the IoT mean for the long rule of the smartphone?

Are smart speakers like the Amazon Echo and Apple HomePod going to steal attention away from smartphones? Does the success of Amazon's device (Amazon, of course, does not have its own smartphone) suggest that apps will start moving away from the smartphone and into the fabric of the world around us faster than expected? Will the IoT make smartphones obsolete? In the short term no, but in the long term quite possibly: expect to see networking vendors increasingly interested in other platforms, like the connected home and the smart office which may give them away to thrive in new markets without having to deal with the smartphone companies which act as gatekeepers.

2. Are AR and VR really the next big thing for smartphones?

After a lot of excitement about augmented reality and virtual reality, I'm not seeing huge amounts of real-world adoption. There's no doubt that it's a super-cool technology and many in the smartphone industry were hoping this would generate the next wave of upgrades -- perhaps the killer app will be on display at MWC, although I think it unlikely. Real-world applications are there, but still extremely limited; how many times do you really need to move a virtual sofa around your living room?

Possibly the only innovation that will get consumers excited about smartphones again in the near term is the gradual move away from black rectangles to slightly curvier models -- and maybe even foldable screens. Samsung has promised one of these for this year; that could mean much bigger screens in the same form factor, which could be the most exciting innovation coming to smartphones any time soon.

5G is about more that just faster download speeds, even though that's where most of the attention will be focused. Can smartphone makers position 5G (whenever it actually arrives) as a key reason to upgrade? It's still a few years off for most, but smartphone makers will be getting ready. Despite promises it will allow us to download entire movies in just a few seconds it's hard to see the average user getting excited right now though.

5. Will smartwatches finally break through this year?

Smartwatches have long been touted as an essential companion device, but so far interest has been muted (largely because of terrible battery life and clunky designs). But these are still the best way to get sensors close enough to the human body to be useful for healthcare applications, and this could be a potentially huge area for both consumer electronics makers and the healthcare industry, especially in countries with ageing and ailing . So don't expect tech giants to give up on this anytime soon, even if consumer interest remains lukewarm.

Agree? Disagree? What do you think are going to be the big trends this year? Let me know in the comments below.