Google creates a new Python training certificate to boost your chances of getting a job.
Written by Liam Tung, Contributing Writer on Jan. 17, 2020 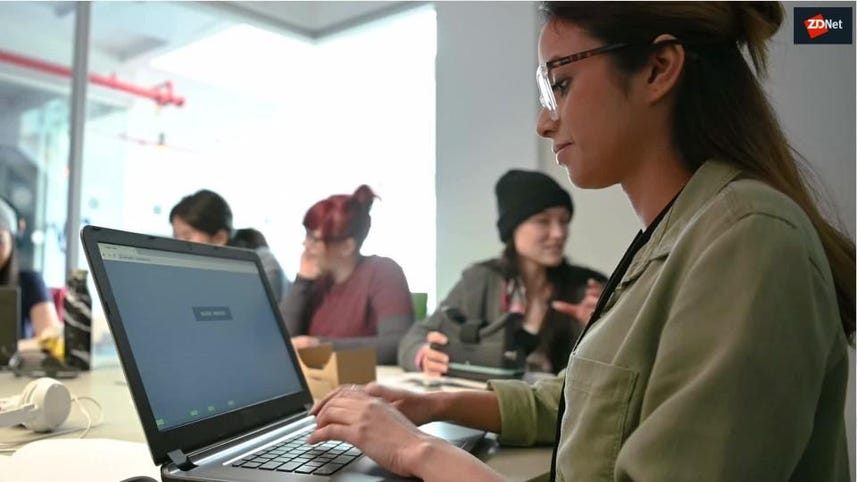 The new training course, called the Google IT Automation with Python Professional Certificate, is being run by online education company Coursera.

Unfortunately the course, which takes about five months to complete, isn't free. However, Google.org is offering 2,500 scholarships for its courses through several non-profits, including Goodwill, Merit America, and Upwardly Global.

After a seven-day free trial, the Python course costs $49 per month. Coursera reckons the average learner completes the program in under six months.

The Python Professional Certificate course has been allocated 1,000 of the need-based scholarships, with the remaining 1,500 scholarships going to individuals who want to get a Google IT Support Specialist certificate.

There are about 40 top employers including Bank of America, Walmart, Intel, GE Electric, Hulu, Sprint, and Google that will consider those who complete its program when hiring for IT roles.

Python skills are listed in 530,000 job postings today and there are 75,000 entry-level jobs that require knowledge of the programming language, according to jobs analytics firm Burning Glass.

Python has become one of the most popular programming languages due to the boom in data science and machine learning and the relative ease of learning the language.

Google launched the new Python certificate on the two-year anniversary of its first Grow with Google IT Support Professional Certificate, which has had 100,000 enrollments to date.

There are six courses in the Google IT Automation with Python Professional Certificate, including an introductory "crash course on Python", learning how to use Python to manipulate files and processes on a computer's operating system, a course in using Git and GitHub, troubleshooting techniques, learning how to automate and manage fleets of computers in the cloud, and automating real-world tasks with Python.

Google in October announced that the Google IT Support Professional Certificate will be expanded to 100 US community colleges by the end of 2020.