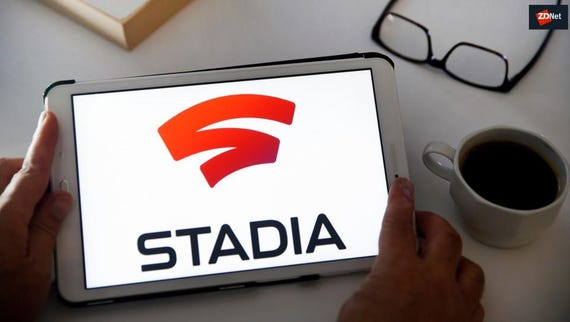 When Google announced the launch of its gaming streaming platform Stadia in 2019, CEO Sundar Pichai pitched it as a service that would revolutionise the way people play games.

The idea was that Stadia would let gamers play top-tier without needing to buy and own expensive computers or dedicated gaming consoles. Instead, all games would run on cloud servers in Google's data centres, and a video feed of the game would be broadcast to the user's device of choice -- such as a desktop, laptop, tablet, smartphone, or smart TV.

While it plans to still deliver on that, Google will do it without its in-house Stadia Games and Entertainment (SG&E) development team, which it announced on late Monday would be no more.

"Given our focus on building on the proven technology of Stadia as well as deepening our business partnerships, we've decided that we will not be investing further in bringing exclusive content from our internal development team SG&E, beyond any near-term planned games," Google Stadia VP and general manager Phil Harrison announced in a blog post.

In shutting SG&E, it has seen the departure of VP Jade Raymond, as well as the rest of the team which Harrison said will be "moving on to new roles".

Going forward, Harrison said Google will focus on working with external game developers and publishers to bring their games directly to players via its cloud streaming platform.

"We see an important opportunity to work with partners seeking a gaming solution all built on Stadia's advanced technical infrastructure and platform tools. We believe this is the best path to building Stadia into a long-term, sustainable business that helps grow the industry," he said.

Last month, Google's parent company Alphabet announced it would be winding down its internet balloon firm Loon, pointing out that the company's demise was due to a lack of willing partners and an inability to build a sustainable business model.

The company was best known for using giant high-altitude balloons and network partnership with global telcos to beam internet to remote parts of the world.

The former Google X project was spun out as an independent company of Alphabet in 2018 alongside Wing, Alphabet's drone business.

Three years after it was announced at CES 2017, GeForce Now is out of beta.

Streaming retro games brings out all of the bad points of Google Stadia, and none of the good

Antstream wants to emulate retro games in the cloud using streaming video like Google Stadia, though emulation is practically the best use case for edge computing.