By Zack Whittaker for Between the Lines | September 22, 2014 | Topic: Smartphones

HTC is reportedly jumping back into the tablet game, three years after it first tried and failed.

A report by The Wall Street Journal on Monday said the Taiwanese phone giant may be entering the field again thanks to a partnership with Google, the maker of Nexus phones and tablets. 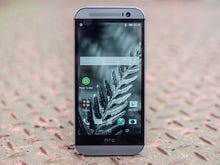 HTC says it will return to profit by August, despite falling revenue

From the "we've heard that line before" department. If HTC can turn around in the second quarter, it might just be able to hold on for a bit longer.

According to sources speaking to the newspaper, HTC engineers have been flying to Google's Mountain View, Calif.-based headquarters to work on the project.

Nexus devices, from phones to tablets, in varying sizes, land each year, packed in the latest technologies and software. Although Google remains mostly outside of the mobile device building business circle — instead, building key relationships with partners to allow them to design and manufacture smartphones — Google nonetheless markets its Nexus devices as home-brew brands.

HTC lacks a certain pizazz in the choice to become Google's next flagship tablet maker, after the failed HTC Flyer tablet in 2011 . But, the Android maker and mobile giant is said to have stuck to its principles of "building a broad base of partners."

HTC smartphones have been widely lauded as some of the best devices on the market, with exceptional build quality and packed with the latest technologies. Sister site CNET's review of the latest HTC One (M8) scored it four-and-a-half out of five stars, and called it "outstanding."

The phone barely sold — to such a degree that in  the company's first quarter , HTC made a far bigger than expected loss on poor sales of its flagship phone. The company drummed up $1.1 billion in revenue for the January-March quarter, down by one-fifth of the revenue in the same quarter a year prior.

Also, management issues from the top down, high profile talent leaving, and financial troubles have sunk HTC financially and in the press.

In May, HTC said it would return to profitability after a number of fiscal quarters of slow decline.

Sales of Nexus devices have been mixed, reports The Journal. And there's no date yet set on an HTC Nexus release. But given HTC's current state of health, the partnership will be a risky bet for Google.

By Zack Whittaker for Between the Lines | September 22, 2014 | Topic: Smartphones