Google on Wednesday announced several new devices, including a revamped Chromecast streaming stick, complete with a remote and dedicated interface, a new Nest Audio smart speaker, and two new smartphones, the Pixel 4A 5G and Pixel 5.

All the action in 5G smartphones is in the mid-priced market.

While the Chromecast is available to purchase right now, and the Nest Audio can be preordered right now, you're going to have to wait a couple of weeks to get your hands on the new phones.

The Pixel 4A 5G is effectively the same as the $349 Pixel 4AGoogle released in August, but with the addition of 5G support. For the bonus of a faster connection, you'll pay $499. You can't preorder it right now, but instead, you have to join a waitlist.

The Pixel 5, on the other hand, is a new design and a new approach for Google . Instead of competing with the likes of Apple and Samsung with a flagship four-figure phone, the Pixel 5 is at the low end of flagship phones, priced at $699. You can order it now, and it will arrive on Oct. 15.

There's plenty of smartphone competition for Google in this price range, so it'll be interesting to see if Google has more success with this year's release. 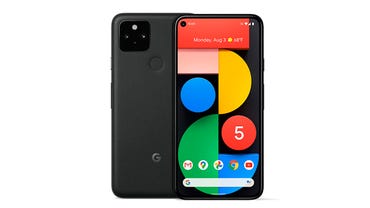 You can preorder the Pixel 5 right now, with deliveries slated to start on Oct. 15. However, order times are already slipping into late October or early November. You can get it in black or green. 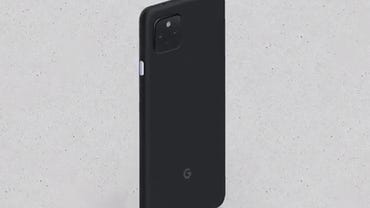 The Pixel 4A 5G is not yet available, but you can join the Google Store waitlist via the link below. It'll be available in black or white when it does launch, presumably by the end of the year.

Taking a closer look at the Pixel 4A5 G, you can expect a 6.2-inch display, 6GB of memory, a Qualcomm Snapdragon 765G processor, 3,800mAh battery, 12.2-megapixel dual-pixel camera, and a 16-megapixel wide-angle rear camera, an 8-megapixel front-facing camera, and a fingerprint sensor on the back of the phone.

The Pixel 5 has a slightly smaller display, measuring 6 inches, with what Google is calling a "transmissive" hole. It includes a 4,000mAh battery, 8GB of memory, and is powered by the Qualcomm Snapdragon 765G processor, 5G connectivity, and the same camera setup as the Pixel 4A 5G. The Pixel 5 also features wireless charging and reverse wireless charging, so you can use a wireless pad to charge the phone, or use the back of the phone and use it to wireless charge an accessory, like your Pixel Buds.

Another benefit you get from spending a little more on the Pixel 5 is IP68 water and dust resistance rating.

Google also made improvements to the camera, adding features like night sight in portrait mode.

What do you think about Google's newest phones? Let us know in the comments which one appeals to you, and why!