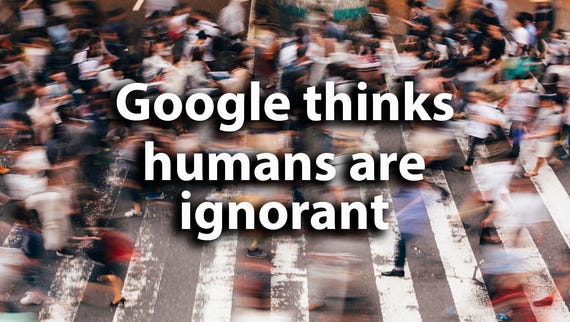 Google Identity Services aims to make it easier for businesses to gain new users and make life easier for users to sign in. It's available as a software development kit containing its Identity APIs, including the Sign with Google button as well as the new One Tap prompt.

"Sign in with Google and One Tap use secure tokens, rather than passwords, to sign users into partner websites and apps," says Filip Verley, a product manager on the Google Identity team.

The easier sign-up and sign-in processes are meant to help end users avoid the pressure of picking convenience over security when deciding on yet another password for an app or website.

The One Tap prompt brings the login to the user on the page they're at on a given website. So, instead of being interrupted when redirected to a landing page, the One Tap prompt slides down from the top right of a website and from the bottom up on a mobile device.

Google has also improved the Sign with Google Button – the buttons users see that show which Google Account they're signing in to a website with – so that it displays more personalized user details when returning to a site.

Key to One Tap sign-ups are ID tokens that are generated for users with Google Accounts on a device. The ID token is shared with the website operator.

"When you display the One Tap UI, users are prompted to create a new account with your app using one of the Google Accounts on their device," Google explains in its developer pages.

"If the user chooses to continue, you get an ID token with basic profile information—their name, profile photo, and their verified email address—which you can use to create the new account."

Google notes that One Tap is not supported on Safari for iOS and macOS because of Apple's Intelligent Tracking Prevention.

Join Discussion for: Google's One Tap lets you sign into websites...