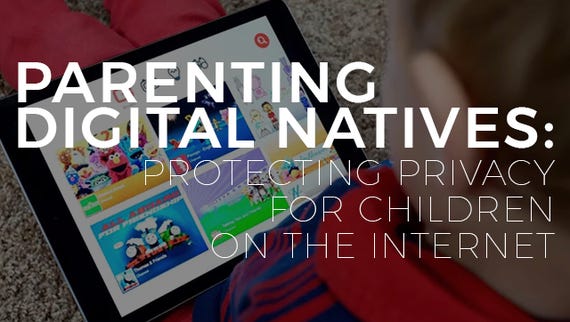 In December, Republic Wireless announced Relay. The screen-less device is designed to take the place of smartphones that parents often buy for young kids. The thinking is that ditching a screen on the device will encourage the child to stop staring at a device and enjoy his or her surroundings, curbing smartphone addiction and the feeling of needing to be always connected.

Without a screen, the minimal device acts more like a walkie-talkie, sending audio at the push of a button, followed by waiting for audio to play on the speaker.

Republic recently began shipping Relay to its early customers, and I was fortunate enough to receive a starter pack for my kids to help me test. The $149 kit includes two Relays and charging cables. An additional device is $99, or you can purchase a pack of three Relays for $199.

Relay service is $6.99 per month per device.

My first impression of the Relay when I opened the box is just how small it is. Going back and watching the launch video, it should have been clearer to me that it wasn't all that big, but for whatever reason, I expected a bigger device. Each Relay measures 2.67 x 2.67 x 0.2 inches.

The top of the device is a giant speaker grille, with a single button in the middle. That button is used to initiate a call, where the user holds it in and talks, and then releases the button to wait for a response. Just like walkie-talkies, only modern.

Read also: Could kids raised by tablets save cybersecurity - TechRepublic

There are two buttons on one side of the unit: Volume and power. The power button isn't limited to turning the device on and off. With the Relay turned on, a quick press will reveal the device's name. Multiple presses of the power button will change between channels, with Relay announcing each channel name as it changes.

Multiple presses of the volume button adjusts the output volume. Holding in the button for two seconds will send a channel alert. Channel alerts are used to call attention to the device, or more importantly, to alert a Relay app user that someone is trying to get ahold of him or her using Relay.

Instead of leaving a connection open between the Relay app and a Relay device, leading to embarrassing interruptions for the smartphone user, the app only receives audio when it's open and being used.

There's also a SIM card slot and a 3.5mm headphone jack along one side of the Relay.

Relay, just as Republic Wireless does, relies on Sprint's wireless network and Wi-Fi connections. The coverage on the pair of Relay devices I've been testing has been good, with one exception of a grandparents' home that seems to be a dead spot for Sprint's coverage area (and Wi-Fi isn't an option). It's frustrating to know I can't send a Relay with the kids when they visit their grandparents, but that's no fault of Republic's.

When coverage is available, audio quality and reliability are impressive. Within a couple days of receiving my demo Relays, I left for a trip to Europe. I wasn't sure how well the Relay app would work when roaming overseas, but to my surprise, it was just as clear as a standard phone call.

At one point I held a 10-minute conversation in a Milan airport where I was using the Relay app on an Android device roaming on the Vodafone cellular network with my youngest child. We went back and forth talking about how our days were going, with zero static, cutting out, or delay in transmission.

I could hear the excitement in his voice as we talked, knowing that he called me to check on how my day went and tell me about how his baseball game had gone. Sure, that conversation could have taken place and been just as meaningful over a phone, but the ownership I could sense my son felt because he called me on his device was something that wasn't lost on me.

Communications between Relay users is done through channels. Right now, Relay users only have one channel. It's more like a broadcast channel, letting parents who have the Relay app installed and kids with the Relay devices themselves talk as a group.

Read also: Someone wrote a kids' book to explain bitcoin and blockchain - CNET

In August, Relay will release an update that gives users the ability to create custom channels. For instance, a parent can create a direct channel to Kid A, so Kid B can't listen to the conversation, or any combination of channels based on the number of Relay users in the family.

Channels are more than just a means of talking to another person. Right now there's a channel called Echo that is an interactive mode for kids to say something to the Relay, and have it repeated in a weird, echoey voice.

Eventually Relay will gain a personal assistant service, likely Google Assistant or Amazon's Alexa, but there are obstacles such as compliance with kids under 13 using either service on a third-party platform before it will be released.

A Music channel is also in the works, turning the Relay into a portable music player of sorts.

Recently added to Relay via a software update requires the back of two Relays to touch, in turn triggering the NFC chip, and each device will begin making an animal noise based on its preassigned device name. For example, the two devices I received are named Daring Octopus and Proud Walrus. In August, users will gain the ability to rename the devices.

One aspect of Relay I truly appreciate is the amount of thought put into keeping my kids' information private. For example, the Relay app can be used to check on the location of a particular device. But instead of constantly checking for a device's location and then logging the results either on Republic's servers or in the Relay app, the location of a device is only checked when a parent specifically asks for that information.

A link to the current location is then listed in the app, which the parent can view in his or her smartphone's default map application. At no time is the location stored on the servers used by Relay.

The downside with this approach is that it makes features like alerts when a child has left or entered a specific area, or a location history much more difficult, if not downright impossible. Both of those features are something I would love to see brought to Relay.

It's a good start

When you look at the introduction video for Relay, Republic showed a lot of features that didn't make the initial release. From music to Google Assistant to being able to request a child's location -- it's all missing right now.

Browsing through the Relay forums, it's clear some early adopters are frustrated and upset -- and rightfully so. The lack of separate channels at launch, especially for someone with multiple kids and devices, is incredibly frustrating.

I have little issue with the current state of Relay as it launched, but feel as if the company could have done a better job managing expectations as it got closer to shipping.

When it comes to an always-connected device that can track my children's location and potentially allow for random strangers to get ahold of them, launching with fewer features, gathering data and feedback, and then moving forward is a respectable approach. But, again, it's all about managing expectations from the start.

Beyond adding more channel options, I would love to have the ability to invite a relative outside of the family group to create a custom channel with one or more of my kids.

Another suggestion would be to send alerts to the Relay app when software updates are available for the device. Right now, a Relay installs a software update if it's powered on and connected to the charger between the hours of 2am and 4 am. Getting my kids to brush their teeth before bed is a big enough chore, let alone charging a device each and every night.

Join Discussion for: Hands-on with Relay: A screenless phone for...