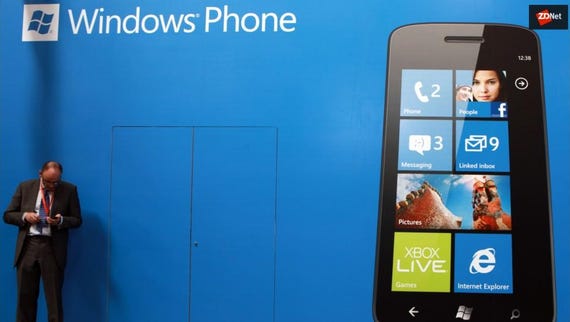 Why did the Windows Phone fail?
Watch Now

A Reddit user who claims to have been a Nokia engineer at the time Microsoft acquired the Finnish company's struggling mobile business has outlined four main factors behind the failure of Windows Phone.

There are a ton of reasons why Microsoft lost the battle for mobile, including its approach to licensing Windows Phone, partners like Samsung not launching cutting-edge Windows Phone handsets, and Microsoft's failure to attract app developers.

But now one former Nokia engineer, who was based in Nokia's Boston offices at the time of Microsoft's acquisition, has shared the main reasons he believes Windows Phone failed. He emphasizes that he wasn't a "big time from Espoo", Nokia's Finnish headquarters, but just a "regular software development engineer" from the Boston office.

The engineer joined Nokia at some point after the 2011 deal with Microsoft to put Windows Phone 7 on all its smartphones and would later work on the app store for the Nokia X, the first Android phone that Nokia launched just ahead of its acquisition by Microsoft.

"There are many well known factors that caused WP's demise, none of them alone took it down, but here are the ones that stood out most to me," the engineer wrote in the Reddit post.

While Microsoft's failure to create Android would become Microsoft co-founder Bill Gates' biggest regret, the engineer believes Microsoft underestimated Google and the value of services like Gmail, search, and Maps on mobile. Google in 2012 stopped funding efforts to make its apps for Windows Phone 8 and Windows 8.

"Obviously Apple was red hot and Microsoft knew that, but Google was new to the OS business and they really weren't taken seriously enough. Android was pretty rough then, but the real value was Google's services; when Google cut Microsoft off of YouTube, Maps, Gmail, etc, it really made WP look cheap."

The second mistake was a "botched Windows 8" and the stigma over Microsoft's Metro interface, which arguably worked well on mobile with Windows Phone 7 touchscreen devices but wasn't well received when Microsoft put it on the desktop in Windows 8.

"Before Windows 8, WP had a lot of people's curiosity. After Windows 8, people associated the two together as bad products even though the teams then were pretty independent, and things done poorly on Windows 8 were not reflective of how the experience was on WP. Even with Windows 10, the stigma against Metro never recovered," the former Nokia engineer wrote.

Microsoft itself also still had a bad reputation, the engineer argues, due its actions over the past decade as the dominant tech company.

"At the time it was still horrible and it meant that the young guys who grew up hating Microsoft were making the big startups for other platforms," the engineer notes.

Finally, by 2014, mobile users had already aligned themselves with either iOS or Android.

"Even if WP got apps and whatever else it lacked, there just wasn't a compelling reason to switch. Even now I sense the number swapping between iOS and Android is pretty low."

Interestingly, as the former Nokia engineer notes, under the 2011 deal with Microsoft, Nokia wasn't meant to launch an Android phone.

However, the company got around that by categorizing its Android device as a feature phone in contrast with its high-end Lumia devices on Windows Phone. And through that experience, the engineer says he found coding for Windows Phone was also superior to Android.

"As the Nokia X was a secret, they couldn't just go out and advertise Android openings, instead hiring just Java engineers and reassigning some internally," the engineer writes.

"Eventually we got put there as things got closer to launch. I worked on the X app store, which was the first I did for Android. Android Studio was in its early days so we were still on Eclipse, which was sorely lacking compared to Visual Studio. For all the negatives on the consumer side, coding for WP was always better than Android."