Our online presence has infiltrated the workplace, but is what we post affecting our promotions at work?
Written by Eileen Brown on Oct. 11, 2019 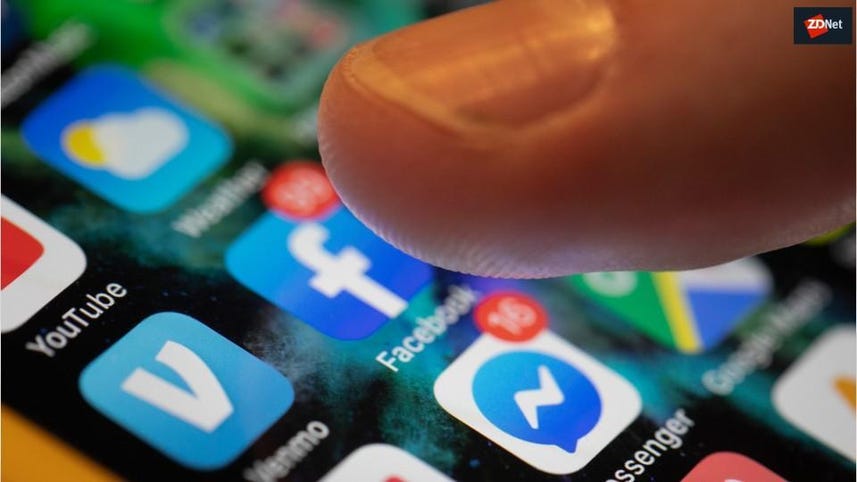 With the world being always accessible in the palm of our hands, it's often difficult to disconnect.

It's hard to believe that in 2005 only 5% of adults in the US used at least one social media platform. Now, in 2019, almost three-out-of-four (72%) people are active on social media, so it's no wonder that the lines between our home and work lives are becoming blurred. We are suffering from social media overload.

But what happens when your co-workers (or even boss) decide they want to follow you online?

Vancouver, BC-based job interview company The Interview Guys studied data from 1,024 employees who had been followed by a friend or colleague across their social media accounts. It wanted to discover more about their self-censorship behavior online.

Most of these connections (94.8%) came from co-workers they interacted with daily. Almost half of these friend requests (48%) however, came from people higher up in the organization such as supervisors or managers.

Over two out of five (41%) employees in their 20s admitted to avoiding posting content that involves drinking or drug use on their social media profiles.

Seventy-seven percent of respondents acknowledged using privacy settings on their social posts, followed by around 76% who did the same for their photos.

The main topics employees avoided posting about because their co-workers could see them were: Political feelings (36.0%), drinking or drug use (34.2%), and anti-company statements (32.0%).

Around 31% of respondents in their 50s or older avoided posting about the company they worked for.

Two-out-of-five employees say their company is strict on their social media usage outside of work, and one in three people report knowing someone whose employer terminated them based on their actions on social media.

Over 30% of people say companies should screen job applicants' social media as part of the hiring process. One in 10 employees said they were required to disclose their social media profiles when they applied for their current position.

Social media contributed to the burnout that many experience at work, and added to anxiety about their colleagues monitoring their social activity. Perhaps it is time to take a step back.

If you keep your social profiles public, don't be surprised if you find co-workers lurking on your content. You might want to scrub your social media posts and job hop to a better career.

It might be time to revisit your privacy settings and make sure your private posts stay that way.

Milennials are suffering from burnout at work -- and tech is a major factor in their stress.

Are you suspicious about your phone? Have a look at these settings to put your mind at ease. they interacted

Laptops
How can I easily tell if someone's following me on Instagram?