Here's why you need an Anker PowerConf Bluetooth Speakerphone

If you spend a lot of time in conference calls, or you make a lot of calls on your phone, then you need the Anker PowerConf Bluetooth Speakerphone.
Written by Adrian Kingsley-Hughes, Contributor on March 3, 2020 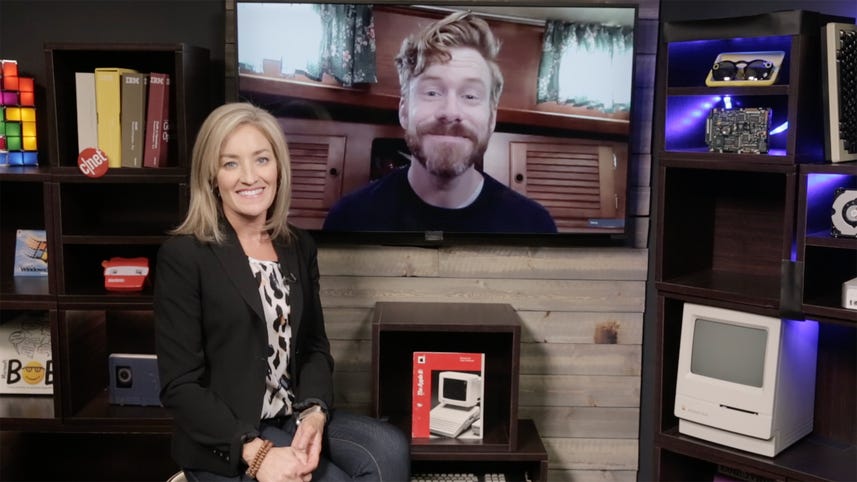 I didn't know about you, but if I've held a phone up to my ear for more than about five minutes, then I start to find myself drifting off. And once that starts happening, then my productivity takes a massive nosedive.

Having the Anker PowerConf Bluetooth Speakerphone changed all that.

The Anker PowerConf Bluetooth Speakerphone -- which was first unveiled at CES back in January -- is a conference speaker that sits in the middle of your desk or conference room and uses its six built-in microphones and powerful speaker to make phone calls and conference calls more pleasurable and productive.

The six-microphone array gives the PowerConf Bluetooth speakerphone 360-degrees of listening, and when combined with the Anker's custom digital signal processing (DSP) algorithms, which offer real-time echo cancellation and background noise reduction, offer absolutely stunning call quality. The PowerConf has an eerie ability to pick up voices, even in noise environments. I've tested the speakerphone under a variety of conditions, from noisy cafes to echoey rooms, and the results blew me away.

The audio pickup is simply amazing.

Then there's the speaker. Anker makes some good speakers, and the speaker fitted into the PowerConf is no exception. The speaker also enhances the voice on the other end of the line, so you're not struggling to hear what's being said.

The PowerConf is actually a pleasure to listen to. It almost makes conference calls fun. Almost.

The speakerphone has two connectivity options. You can choose to Bluetooth 5.0 to connect the PowerConf to any mobile device for spontaneous conference calls, while the USB port can be used to make a more robust connection to a laptop or desktop computer (no drivers needed).

The PowerConf is compatible with most popular conferencing apps such as FaceTime, ZOOM, Skype, GotoMeeting, and Slack.

Along with a USB-C power port and an auxiliary USB port, there's also a 3.5mm jack that can be used to connect a recording device if you want to make a recording to the call.

The PowerConf is kitted out with a number of buttons, with the main controls being on the top, giving ease of access. LED lights on the top of the unit helps you know what's going on, especially whether mute is on or off (which is one of those things that's important to know).

The PowerConf Bluetooth speakerphone also features a built-in 6,700mAh battery which is good enough for a whole week's worth of calls and can also double as a power bank, making this a perfect choice for road warriors. It even comes with a handy carry case to keep it protected and looking good.

Priced at a $129, it's hard to fault the Anker PowerConf Bluetooth Speakerphone. The microphones do a good job of isolating voices from the background noise, and the speaker does a good job of bringing the remote people into the room.