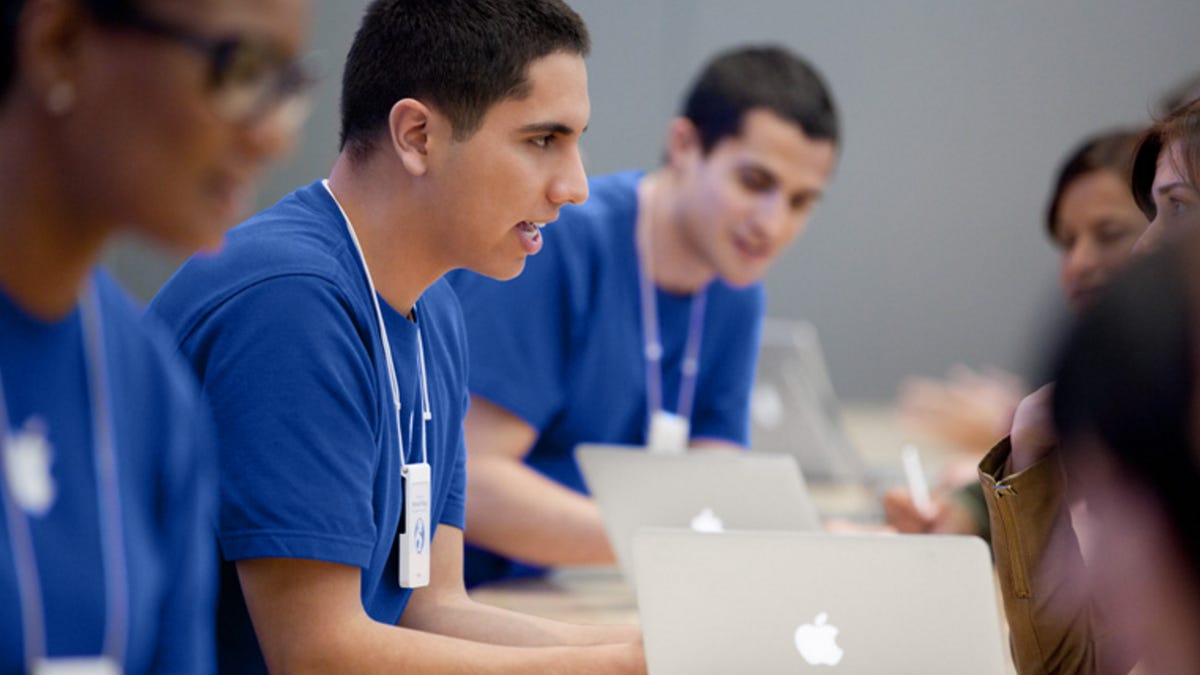 Of late, Apple's been flexing its disciplinary muscles.

Also: An Apple saleswoman says this is the only reason to buy an iPad Pro

It's always been known for its harsh internal disciplinary methods.

You can't imagine, then, that Apple store staff would ever circumvent company rules just to have a little fun. Or, imagine, to help customers.

Yet a customer who experienced the profound pain of a bent iPad Pro 2018 offers a different tale.

Revealing his story to the refined audience on Reddit, he said he was told by the Apple Genius that there were two possible outcomes: "Bend is within tolerance, no action taken." Or "Bend is outside of tolerance, paid replacement needed."

After the iPad Pro Bendgate -- oh, it must be Apple Bendgate 7 by now -- the company insisted it was all perfectly normal, merely a "subtle deviation in flatness."

I suppose that's a little like iPhone sales suffering a subtle deviation in magnitude.

The Redditor -- handle u/hexcrucher -- said that his Genius offered a subtle deviation in the rules.

"The genius kindly said, 'Well, if you had connectivity issues with your WiFi for example, I would have to order a replacement. So what is wrong with your iPad?". I replied, 'The WiFi I guess.'"

It's a beautiful tale of one human simply trying to help another, rather than be bound by corporate strictures.

What was even more moving, however, is that in the comments to this post, more tales of Apple Geniuses' sleight of mind emerged.

One commenter revealed: "I had a 2016 MacBook Pro with a bad battery. Way out of warranty. I was going to get a repair quote. I had to wait 15 minutes past my scheduled time. The genius gave me a brand new MBP for my wait and took the old one off my hands."

This seems like elevated humanity. How could the Genius do this?

A former Genius, who says he left in 2015, said: "I would use a couple 'customer service codes' throughout the year. There's too much bullshit that consumers, myself included, have to put up with when it comes to device support."

BS from Apple? Is that possible?

Naturally, I asked Apple whether it views such acts of customer service generosity with admiration, or whether it's trying to track the miscreants down in order to flog them at the stake. I'll update, should I hear.

Another Redditor claimed that such goodwill doesn't extend beyond corporate-owned stores. It seems that some non-corporately owned stores are even penalized for not finding a problem with a device.

"Partners and Apple Authorized Service Providers are graded and compensated according to metrics, including No Trouble Found. If the reported symptoms are not present and reproducible it will negatively impact the partner," said one with apparent insider knowledge.

Ultimately, it's not wise to waft into your Apple Store and ask for a Genius's sneaky indulgence. These tales may be exceptions, rather than norms.

The Genius may be having a good or bad day. They might like the look of you or, well, dislike it rather a lot, especially your color matching. Please don't imagine they're all just looking to be loved.

Why, not so long ago an Apple Genius told me, in withering terms, that I was charging my iPhone wrong.

The shame hasn't left me yet.