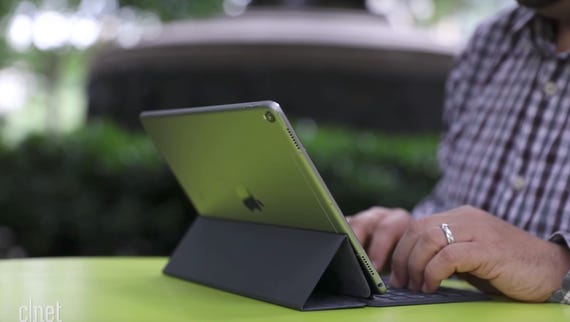 What's the biggest limitation standing in the way of you switching your workflow over to an iPad Pro?

This is a question that I've asked a lot over the past few weeks, and PC and Mac users keep coming back to the same thing iOS.

Back in 2015, Apple CEO Tim Cook had the following to say when asked about combining the Mac and the iPad into a single device:

"We feel strongly that customers are not really looking for a converged Mac and iPad."

I always felt that it was interesting that he said "we feel strongly," not "our customers tell us that." It's almost like Apple knows best.

But iPad sales as of late suggest that Apple doesn't really know what iPad users want, and try as the company might to push more expensive iPad Pro devices reaching a heady $1,899, the Average Selling Price (ASP) is stuck in the low $400s.

So why are people shying away from expensive iPads? I think the answer is simple. Here's the feature that buyers want to see on the iPad Pro:

This would be a tablet that pros could get real work done on.

As I've said many times before, I'm done with the iPad. I went through a few incarnations, but as soon as I upgraded to the iPhone 6 Plus, my iPad became a paperweight on my desk (literally, I used it to keep papers down, and then it spent a while as a mousemat until it was rescued by a family member and adopted).

Once it got to the point where I didn't bother charging the device, my time with the iPad was at an end.

The couple of times that I wished I'd had it with me for the larger screen real-estate didn't justify carrying the thing around with me.

Switching the iPad Pro over to macOS (it might need a name change, but for now let's keep on calling it the iPad Pro) would also remove the operating system limitations that prevent even a hardware dock from transforming the iPad Pro into a proper laptop replacement (yes, don't think that adding a USB-C port means the end to headaches, because it doesn't!).

I know that macOS would need some work to make it touch-compatible, but for a company as big as Apple, that's hardly a hurdle. And I've convinced that deep in some secret room at Apple HQ there already exists an iPad Pro that runs macOS.

Join Discussion for: Here's the iPad Pro that professionals really...