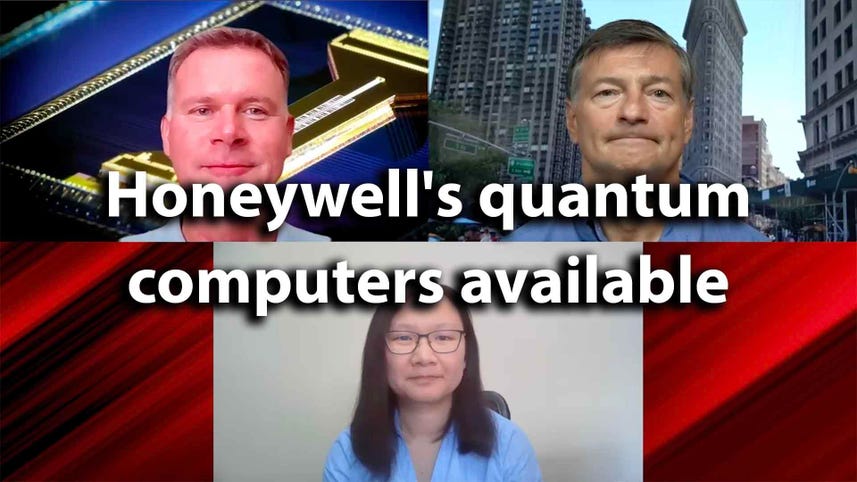 Honeywell has launched its System Model H1, a quantum computer with a quantum volume of 128, as well as a cloud API that makes it available to enterprises.

Honeywell has made a splash in quantum computing as it looks to expand industrial usage of the technology. System Model H1 includes Honeywell's quantum charge coupled device (QCCD) trapped ion technology as well as 10 fully-connected qubits. The system is designed to be continuously upgraded and utilizes Honeywell's intellectual property in precision controls.

Tony Uttley, president of Honeywell Quantum Solutions, said System Model H1 leverages a subscription model given that quantum computing will continue to improve at a rapid clip. For instance, Honeywell is working on integration for its System Model H2 and support for its H3 generation. IBM also has outlined a roadmap through 2023 for quantum computing.

Uttley said in an interview:

The important thing about what we've done right now is really two things. First, we are working with eight different enterprise companies in industries that are both related to what Honeywell does as a core part of our business, from oil and gas to chemicals and materials to logistics, as well as areas that are close adjacencies that we have just started to tap into from a quantum computing standpoint, like financial services and automotive.

And the second big thing is we have strategically designed our H1 generation of system to be upgraded over time. So it starts its life as the most capable quantum computer on the planet. And two weeks later, it's even more capable. And a month after that, it's even more capable. I liken it to if you use a service like Netflix, imagine next week it was twice as good, and a month after that, it was 10 times as good, and three months after that, it was a 1,000 times as good. That's what we've been able to do with our H1 generation of quantum computer.

Honeywell also said Merck is accessing its System Model H1 and outlined a collaboration with Accenture. JP Morgan Chase is also using the system as is DHL. Honeywell said that it has developed internal use cases in its various units and is adding partners.

According to Honeywell, it has a team of 150 scientists, engineers, software developers, and functional professionals dedicated to quantum computing.