How Apple's HomePod turned my friends into rude troglodytes

They say technology changes human behavior. As I've found when I invite friends to my house. Thanks, Apple.
Written by Chris Matyszczyk, Contributor on Sept. 5, 2019 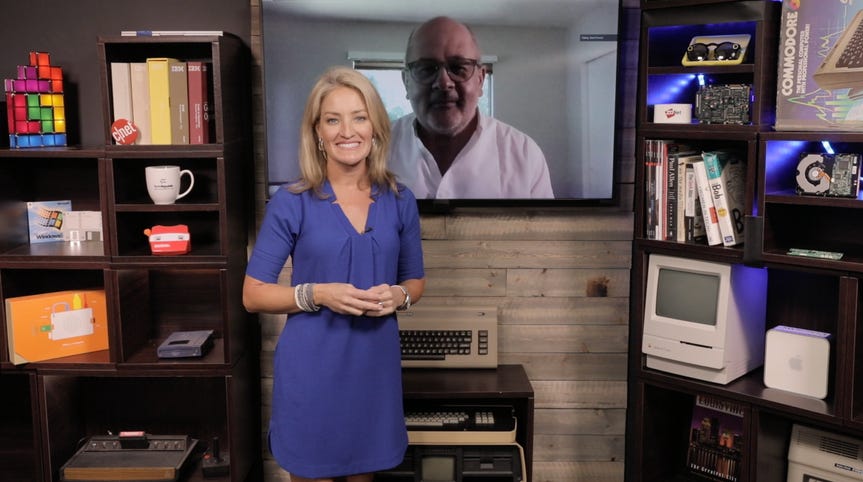 The first time it happened, I wanted to believe alcohol was the cause.

You know how it is. Your friends have a couple of glasses of Sauvignon Blanc, and they reveal a side of themselves that's usually well-hidden.

The self-revelatory side, perhaps, in which they admit they've never liked their spouses and their children bore them to tears.

Or the side in which they slouch at the dinner table and pick at all the food with their fingers while mentioning their admiration for Mussolini, Imelda Marcos, and Pope Benedict I.

Still, here was a friend I'd known for some time who, after dinner, suddenly decided to take control.

Take control of my HomePod that is.

Usually, when friends come over, I ask Siri to play a little quiet music to add serenity to the atmosphere. Some Keith Jarrett, perhaps. Or, if I don't want the friends to stay too long, some Mud and Bay City Rollers hits from the 70s.

Until that fateful night, though, no one had expressed unease about the music. Until my friend suddenly shouted across the room: "Hey Siri, play some Tears For Fears."

Normally, this friend is politeness itself. The presence of the HomePod -- and Siri's cheery willingness to react to anyone who pays attention to her -- somehow obviated my friend's need for basic decency.

Together with Apple Music and Siri, HomePod creates an entirely new way for you to discover and interact with music at home.

It wasn't just the execrable enthusiasm for Tears For Fears that shivered my sinews. It was the notion that this had become normal behavior.

Even when I gently pointed out her invasion of the HomePod, she was a touch bemused.

A few weeks later, some more friends came for dinner. With one of their children, who's in her mid-20s.

My wife had incited some Beethoven on the HomePod because she was in that kind of mood. Within 30 minutes, the (otherwise) charming millennial exclaimed: "Alexa, play something cool."

There was no "do you mind if we change the music?" There wasn't even a hint of "you know Beethoven's not cool anymore, don't you?"

It was as if it was de rigueur to shout to Siri -- in the belief that she's actually your own Alexa -- and get what you feel like.

Would anyone have behaved this way with previous technologies? Did guests simply walk over to the record player, the cassette player, the CD player and change the music whenever they felt like it?

Did I miss out on this progressive development in human behavior?

Or could it be that our rampant intimacy with technology has made us believe that everyone's public gadget is our gadget too?

These weren't the only two times this has happened. Too often, the minute guests espy the HomePod, they're ordering their music as if the HomePod is just a jukebox that doesn't require coins.

Of course, it could be that I have strange friends. This isn't unlikely. But I need you, dear reader, to tell me whether you're struggling with the same phenomenon.

Or whether I should simply find some new friends.

iPhone
When I reset my Windows PC, I ended up with Home edition. How do I get my Pro upgrade back? [Ask ZDNet]

Productivity
How can I keep junk email out of my inbox without juggling two or more email accounts? [Ask ZDNet]