How esports, athletics, research and business blend together at NYIT

ZDNet caught up with NYIT's athletic director Dan Velez to talk about the university's esports program, the CyBears, and the intersection of business, technology, and sports.
Written by Larry Dignan, Contributing Editor on Feb. 5, 2020 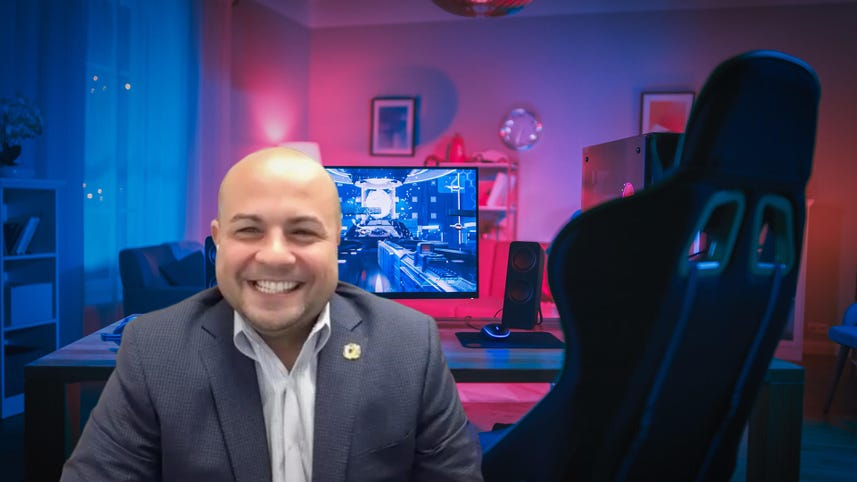 New York Institute of Technology has launched an esports program that could meld athletics, wins and losses with data, cross-department collaboration and ultimately careers for its students.

We caught up with NYIT's athletic director Dan Velez to talk about the university's esports program, the Cybears and the intersection of business, technology, and sports.

Sports analytics: What business can learn

If analytics can measure, manage and optimize a player's contributions to a baseball or football team, what can it do for your enterprise?

Here are the takeaways from our chat:

It was a very organic process. We started our CyBears from our gaming club. We had a bunch of kids here on campus that were students that were playing video games already, and they wanted a more competitive and more structured place to do that. They approached us. They found a willing partner in our athletic director at the time, so we said to them, "Hey, we need certain things from you to see if this is something viable, something feasible for us to do." We were keeping an eye on what was happening in the gaming world already, because it was four years ago, so not that long ago. And they did. They met every step. They took every step along the way. They filled out all the information. They came back to us with budgets and schedules and roster makeups.

One of the neat things about that was, they gave us a parts list for their initial machines, which are still around today, and they're still being used. And they built those from scratch.

Wins and losses are important. They are just as competitive as a baseball player, basketball player, lacrosse player. There's no doubt about that. They don't take losing very lightly. So, they do want to win. But you start to look at participation numbers. There are numbers out there that over 70% of students are interested or associate as a gamer, and they're playing video game, whether it's Madden, or FIFA, or Overwatch, or League of Legends, or whatever it may be. Those numbers are high. It's a billion-dollar industry. You have to pay attention to that. There are job opportunities here. There are internship opportunities here. We're very fortunate here, in the New York area, that the Mets and Wilpons, they have two professional esports teams, so there's a marketplace for it.

I think the other piece of it, on a college campus, is from an enrollment standpoint and a retention standpoint. We're always looking for ways to attract high quality students, as well as keep those students here. I think at the high school level, you're looking at ways to engage with your students. I think that you're starting to see more and more at that grassroots level, where kids are getting involved in something where previously, that stereotype, that stigma out there, that gamers are loners or playing by themselves, this is giving an avenue to be able to make friends, and there's a social component.

This year we're in, this 2019-2020 year, is our first cycle of being able to go out and actively recruit students, and we grabbed 10 new students to New York Tech that have stated that they came because of what we were doing in the gaming world. We want that number to keep growing. Obviously, I do have to worry about that. I'd be lying if I didn't. But we don't single them out in the sense of, "Oh, you've got to be this major or that major." We use it a lot of times as a conversation starter, and to get you engaged. And then once we get you here, then we start talking about the other avenues that can be pursued.

We've got a medical school here on campus. We've got a Center for Sports Medicine, which handles all our research and wellbeing of our traditional student athletes. Well, when I approached them about esports, they jumped right in, because they realized there was little research. So, they launched the Center for esports Medicine. And there's doctors over there, there's clinical therapists, there's occupational therapists. They're looking at those repetitive use injuries, which is really what these athletes suffer from. They're sedentary, so they sit for a while. They're constantly looking at a screen. So how does the chair need to be designed? How does the tabletop need to be designed? How does the keyboard need to be designed? How can we train them to be at their best? We know how to do that with a lacrosse player or basketball player or soccer player, but how do we do it with these athletes?

We've been able to expose our students to professional level gaming through volunteer opportunities and internships, all with the goal in mind of, "Listen. Go ahead, pursue your dream of being a professional gamer, but if that doesn't work out, let's expose you to the educational side and the business side of all of this. Because there is a big business here that's going to need employees, and we want you to be as well trained as possible to go out into that workforce."

One of the things that I've said here on campus is I'd love for the research that our medical folks are doing to then go talk to our engineering students, and possibly come up with projects that, "Hey, let's work on the next generation of displays." Because we're realizing that the way the displays are done now, maybe there's some impact to vision, and it's impeding how well we can see what we're doing, and then process that information. The seating, again, let's talk to our design students, and talk to them about designing the next generation of the gaming chair. Does it need more padding, less padding, angles, straight up, vertical, horizontal, whatever it may be. But let's use that scientific data that we have in collaboration with the physical results we have, to make it better.