Alliances with Accenture and Google unveiled this week by DataStax prove Apache Cassandra's growing stature in the enterprise, according to DataStax's CEO.

The Accenture and Google partner agreements formalise existing collaborations with DataStax, whose DataStax Enterprise big-data platform, used by businesses such as eBay and Netflix, is based on the open-source Cassandra distributed database.

"You can tell when open-source technology is starting really to cross the chasm. When you watch the ecosystem and start to see the kinds of partners engaging in this activity — because these projects are never done in isolation," DataStax CEO Billy Bosworth said.

"Because we're dealing with mission-critical applications, there are ecosystem changes that have to take place inside an organisation, to handle this technology.

"Partners like this would not be involved with it if it was relegated to some little niche sort of environment."

The deals with Accenture and Google are part of a wider partnership scheme involving systems integrators and other service providers, applications vendors, and hardware and cloud infrastructure specialists, including GoGrid and HP Moonshot.

Bosworth said as with all technology transitions, such as the shift from the mainframe to client-server architectures, or the rise of Oracle or SQL Server, there have to be accompanying ecosystem changes.

"When you start out as a little company and you roll out a partner programme with Accenture and Google on your list — by the way these are people who have come to us for partnerships — that right there is a significant sign of what kind of adoption is really taking place inside these companies," he said. 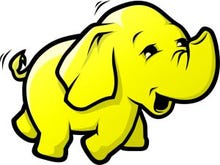 Faster, more capable: What Apache Spark brings to Hadoop Cloudera on how the execution engine Apache Spark broadens what companies can do with the big data framework Hadoop.

The firm has already worked with a number of providers, particularly in Europe, but it believes the formalisation of relationships with big partners will help accelerate adoption.

DataStax Enterprise is described by the company as an always-on, distributed database that lends itself to roles in online dynamic applications — such as those found in online banking, shopping, entertainment and news sites — which have to handle very large volumes of data.

"I must be able to sustain unbelievable pressures against my application. Like what if I lost not a machine, not a disk drive, not even a rack? But what if I lost an entire datacentre?" Bosworth said.

But always-on is not just about availability or loss of service. It's about performance, he said, because if you watch how people now interact with systems, their tolerance of a non-performing system is almost zero.

"If you're slow, you might as well be down. Because that means your application has failed me as a user and I'm going to go switch to something else," he said.

On top of that, the velocity of throughput of data is eye-poppingly different to what people were used to in the relational world for these applications.

"If you put data as a centrepiece, you're going to get into situations where you are starting to deal not with tens or even hundreds of thousands of transactions per second but millions to billions. We have one customer, Netflix, that runs over a trillion transactions a day through our systems," Bosworth said.

"If you blink your eye and you're an average human being, that blink took you somewhere between 150 and 200 milliseconds. For some of our SLAs, that blink is about 1,000 times too slow to meet them. We now have so many SLAs with customers where they have to be responding in microseconds." 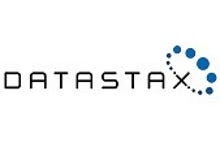 Firms running these kinds of applications also not only need to be dynamic with customer interactions, he said, but also with the business itself so that they can redirect strategies without being encumbered by obstacles in scaling the underlying infrastructure.

DataStax was founded April 2010, with Bosworth joining just over a year later when the firm employed 19 staff. By the end of 2012, headcount has risen to 81, and last March it opened a European subsidiary. Apache Cassandra project chair Jonathan Ellis is the firm's co-founder and CTO.

Bosworth said DataStax now employs 200 people and has more than 400 customers in 38 countries, proliferated through the open source community. It is more than doubling its revenues year-on-year, he said.

According to Bosworth, the success of his firm and the Cassandra NoSQL database is bound up with its open-source nature.

"When you're an open-source community, you are buying into a philosophy that says you must be an altruistic caretaker of the community," he said.

"What that means is that you must spend real time, real money, real people in giving away an amazing product through the open source. You have to have that philosophy. If you don't, then you will not make it as an open-source community because the community will eventually sense what's happening."

As well as the open-source database itself, the free DataStax Enterprise Community Edition includes installers, documentation, and drivers.

"But when you now decide to move it to the enterprise, there are some things that are non-negotiable. You've got to have better security, data encryption, all sorts of management capabilities and tools, integration with other technologies — that's what we've built on top of the open source," Bosworth said.

Join Discussion for: How Google and Accenture's DataStax deals...