How machine learning, drones, and robotics will transform the NHS and healthcare

For a health service in the middle of funding squeeze, can new technologies help to improve care and cut costs?
Written by Nick Health on March 15, 2019 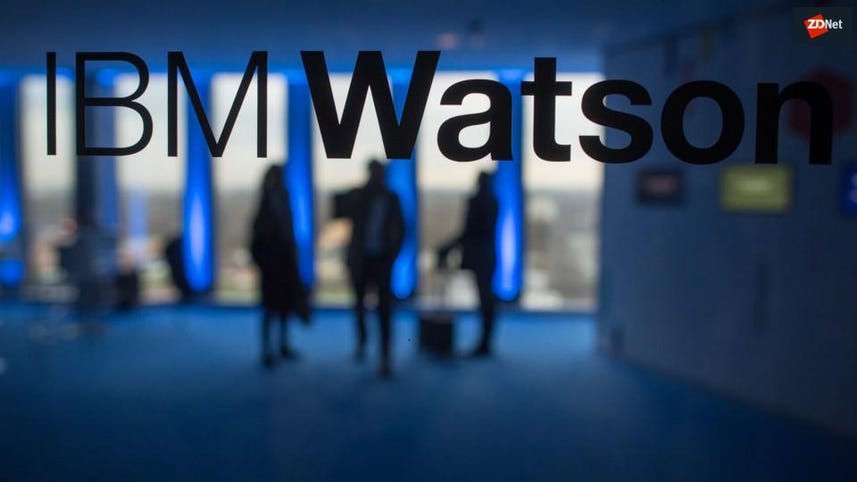 The UK's National Health Service continues to suffer the longest funding squeeze since it was established 71 years ago. That financial pressure has resulted in the service missing targets for how soon cancer patients should be referred for treatment for the past three years and waiting times in Accident and Emergency departments being at record levels.

Such is the financial and staffing pressure on the service, that talking about how recent advances in artificial intelligence (AI) could be applied to the NHS might seem fanciful.

Yet Professor Tony Young, national clinical director for innovation at NHS England, believes healthcare is at an inflection point, where machine-learning technology could fuel huge advances in what's possible.

"I think that healthcare is heading for one of those giant-leap moments in the next five to 10 years and AI is going to be a key tool in enabling us to take that giant leap," he said, speaking at an event in London organized by The King's Fund and IBM Watson Health.

Young highlighted technologies ranging from drones to robotics being considered for or used in the NHS, all of which take advantage of recent breakthroughs in machine learning – a field of AI.

One of the first companies to win FDA approval for an AI algorithm, according to Young, Viz.ai offers a system that scours images from CT (Computerized Tomography) scans of the brain for signs of damage following strokes.

"When you've got a regional stroke center you might say, 'Which CT do I need to look at first?', and you'll work your way through the pile, but there's someone in there who you could save their brain if you intervened now."

Like much machine learning-powered technology in healthcare, Young says the company behind the system was co-founded by a doctor, a pediatric orthopedic surgeon at St Bartholomew's Hospital in London.

Microsoft is working with doctors at Addenbrooke's Hospital in Cambridge to train machine-learning algorithms to spot brain tumors in 3-D magnetic-resonance-imaging (MRI) scans.

By training the systems on MRI scans where tumours have been highlighted, the system can learn to pick out high-grade gliomas, tumours of the glial tissue within neurons in the brain, and to do so with a reasonable degree of accuracy.

Young says such approaches will help radiologists to more rapidly identify scans that need following up on, "taking a very human-intensive process of planning in the radiotherapy field and actually supercharging that radiologist so that they can do several of these maps a day".

Composed of machine learning and clinical experts who met at Oxford University's computer-vision lab, Optellum is able to analyze CT scans of nodules on the lung to help doctors spot signs of lung disease.

"Optellum do imaging of lung nodules of 1cm or less," says Young.

"They have got up to around 98 percent sensitivity and specificity to be able to tell you on your first CT scan whether that 1cm nodule is malignant or not. So, completely changing the way we manage those particular conditions."

A well-publicized example, Google DeepMind has partnered with the likes of the Moorfields Eye Hospital to train an AI to scan images of patients' retinas for signs of eye disease, first highlighting potential anomalies in scans, and then making treatment recommendations.

Young is bullish about the prospects for machine-learning systems that assist surgeons, via systems that help clinicians improve their surgical skills, highlighting the interactive surgical simulator provided by UK-based Touch Surgery.

"I have now seen the world's first demonstration of live AI-guidance during a laparoscopic robotic operation," he said.

"Their computer-vision systems have been developed so well they can map out, on screen in front of you, what the organs are and what instruments are coming into play. They can compare them [the surgeons doing the operation] to the world's leading surgeons, telling them how they're performing. Wow, truly amazing."

Inspired by work done by companies like Zipline and Matternet to deliver blood and pathology specimens between hospitals using drones, Young said the NHS was also looking into trialling drone deliveries between hospitals.

"We've been working with the UK Space Agency and Nesta through their Flying High report to look at how we might create safe corridors in cities – maybe along the Thames between Guys and St Thomas' [Hospitals]," he said, adding that the medical director from Lincolnshire had asked him just last week whether it would be possible to use drones to solve a delivery issue between a couple of hospitals.

"I'm hoping that we'll be starting with trials of that and working with partners in the next year of so."

Looking further afield, Young believes the NHS could learn from the robotic technologies used by retail technology firm Ocado in its automated warehouses.

"This is the leading example of autonomous robots fulfilling a function. This was an industry that had no AI six years ago and they have focused on AI in very specific areas and are now world-leaders in this technology," he said, highlighting the firm's recent multi-billion dollar deal to build 20 fulfillment centers for US supermarket chain Kroger.

He speculated there could be a role for similar technologies "on NHS sites" for helping keep hospitals stocked with medical equipment and making sure equipment was delivered when needed.

"It's the most exciting time in healthcare, I think it's like when the printing press came along 500 years ago and democratized access to education," said Young.

"Whether it's artificial intelligence, advanced technology, robotics, social networks, personalization around the genome, altogether those little steps we've been taking for a number of years now are combining to make one giant leap forward in healthcare."

The NHS is due to receive a £20.5bn cash injection, which may help fund some of these advances, although when this amount is spread out over the five years to 2024, it will generally fall below the 4% annual increase needed just to maintain the existing level of service, according to Helen McKenna, senior fellow for policy and communications at The King's Fund, an NHS-focused think tank.

"The long-run historic increase in NHS funding is around 4%, and growth hasn't actually reached that level since 2010-11," she said.

She has a more measured take on the technology's potential to help the NHS at a difficult point in its history, where it's struggling with "enormous workforce shortages", "operational performance issues", and widespread financial deficits in health trusts.

"It's really important not to forget where we're currently at," she said.

"The health and care system needs to change and we all know that... but it's important that we remember that AI and data analytics are ultimately tools to help us meet the big challenges of today."

Once they were strangers. Now they meet face to face to share the most personal details of their lives and feel less alone, and they have Facebook to thank.