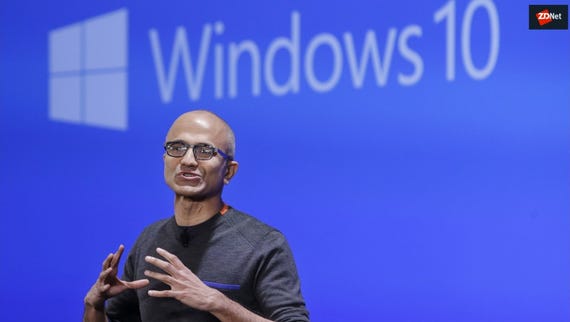 Enterprise use of Windows 10 is overtaking XP - finally
Watch Now

Video: Enterprise use of Windows 10 is overtaking XP - finally

If you're a small business and you're running Windows 7 and older versions of Office, you totally, and I mean totally, need to refresh your software stack. You have a bit of time left to prepare, but two years isn't really all that long.

And, if you are an enterprise, at this point, you should be well on your way finishing your evaluation and beginning to roll out Windows 10 and Office 365.

But there are also end-users. The people with six-year-old computers at home who cannot afford to upgrade or where a free Windows 10 upgrade will not properly take on their four-year-old hardware (despite those continuous nags from Microsoft and, in some cases, aborted forced upgrades that left a terrible taste in their mouth).

I've argued for years that anyone who insists on running old versions of Windows is a menace to society. My prime recommendation is always going to be: Upgrade to the latest and greatest, Windows 10. And I know that may mean buying a new PC.

But some people counter that with, "Switch to Linux." And you know what? They're right, too.

I would prefer to see you dump Windows and all your old Microsoft software in favor of using Linux rather than use outdated stuff that potentially can result in a severe malware or personal business continuity incident, identity theft, or worse. You'll get no argument from me.

But I would not jump on just any Linux.

If you're going to use Linux, and you're familiar with the Office stack, and you have legacy documents that need to be moved forward, I would suggest using Chrome OS.

You can be free of Windows forever. There's just one catch.

You're going want to use the free, web version of Office with OneDrive.

Yes, that means going full tilt into the cloud. Oh, did you think you were going to be able to keep your on-premises-control-freak mindset? Sorry, no.

Which Chrome OS to use?

So, which Chrome OS to use? Any of them, really. There's CrOS, and a few others. They are all pretty similar. Frankly, I like Neverware CloudReady Home, as it is free for non-corporate use. It's a fairly polished product. All you need is a Google account and you're ready to go. My 80-year-old mother-in law-has two laptops running on it, and she loves it. No complaints.

Copy your files from your old Windows to OneDrive (you get 5GB for free, which is many thousands of Office documents), and you are set.

On Office.com, you have a completely modern web-based Office suite, email with Outlook, and free mobile apps to access and manipulate your data on either iOS or Android.

Again, this is free. It costs nothing. Really. No catch.

Don't want to use Microsoft's cloud or its magnificent free apps, because it wets its nests? Or because you're still holding a grudge against an executive team that worked there 20 years ago and did something evil? Never mind the fact that those people no longer work there, and the company doesn't resemble that monster anymore at all.

Fine. Use Google's cloud. Use Gmail and Google Apps. But don't expect your legacy document compatibility to be perfect. Or assume people who you share documents with will be able to use your work product from Google Docs or will even want to collaborate with you.

If you can live with that, do that.

Want to be a full-time sysadmin in your spare time? By all means, install Ubuntu and LibreOffice on your clunker or whatever other distribution of the week your favorite Linux pundit says you should use. If you have the skills and the free time, go for that. I can at least sleep at night knowing you won't infect everyone around you.

But don't ask for my help implementing this or working around other issues you might encounter; I no longer have that kind of time on my hands. I have stuff to do and enterprises to re-architect and real business problems that need solving.

Now, I believe Microsoft can still do better rather than just washing its hands and waiting for this user population to die off. I believe it needs to own this market segment that cannot upgrade, and that it still needs to take care of them instead of just ceding it to the Open Source community and Google.

This requires out-of-the-box thinking. And, lately, Microsoft has been doing a lot of out-of-the-box stuff we never thought they would do, so this is no pipe dream.

I believe Microsoft should release its own version of Linux. But not just any Linux. I think it should be Office 365-on-a-Stick.

Hear me out, OK? Imagine a self-hosting, bootable/installable Android distribution with Edge for Android as the main browser, all the Android Office 365 apps pre-loaded, and configured out of the box to use Azure AD and Microsoft ID authentication.

I'm talking about a managed desktop software appliance, powered by Azure. In essence, a better Chrome OS than Chrome OS, for people with Microsoft-centric workloads.

Realistically, how tough would this be to make? All the Android apps from Microsoft are quite mature. I use Outlook for Android on my Pixel 2 and Samsung S8+ every day, and I also use Word, PowerPoint, Excel, OneNote, Office Lens, and, yes, Edge for Android, too.

As an enterprise user, I'm quite happy with the way they work. Imagine if we gave this to everyone.

Yes, I've heard about Remix OS. I know it failed and is no longer under development. But imagine if Microsoft actually took ownership of this ongoing concern and provided major contributions to a project like this.

Since Microsoft would, in fact, own the delivery platform and all the apps, it can make the necessary optimizations for UX. It doesn't even need to provide Google Play services. It can deploy all the apps over Intune, which is all set up and ready to go in Azure already.

Read also: How to run Windows apps on your Chromebook | MINIX's creator would have liked to have known Intel was using it | Linus Torvalds says targeted fuzzing is improving Linux security

It has .NET and the APIs (XAML, Fluent design) for Android to port the Modern Windows apps. It has all the plumbing ready to go.

Now, one could argue that this is potentially cannibalistic to Windows 10 adoption. In my view, Microsoft is not going to get this group of Windows 7 and Office 2007-2010 users to budge so easily.

They paid for their copy of Office a decade ago and expect it to keep working. The hardware is old, but it still boots up; therefore, it must not be broken. It's delusional and unreasonable for these users to expect their software to be supported ad infinitum.

But the alternative is to leave them behind entirely, with no option to move forward other than to find themselves in Google's warm embrace. Losing a customer, even a pain-in-the-ass customer, is not ideal.

So maybe, Microsoft, you would lose them at Windows 10 on their current hardware. But you'd be gaining them on your new platform: Office 365 and public cloud.

And, to me, that would be a very big win. Would you use a free desktop Android distro powered by Office 365 and Azure? Talk Back and Let Me Know.

Microsoft is rolling out a preview of a dedicated Azure Container Service for Kubernetes, but will continue to offer its existing ACS offering which will support other container orchestrators, too.

A year ago, Microsoft officials said nearly a third of all the VMs on Azure were running Linux. Now it's 40 percent.

Join Discussion for: A Windows 10 alternative: Microsoft should...