Microsoft and Google have sent their employees home to work as a precaution against the novel coronavirus COVID-19, as have Apple, Facebook, and Twitter. Many other companies throughout the world are following suit. While many of us have worked from home for years, many other employees have never had to set up a fully-functioning home office -- until now.

Doing some work from home over a weekend is one thing. But working full time from inside your home is a different game, which will impose new challenges, especially if your spouse and kids are also home for the duration. You'll need to carve out a space to work and you'll need some gear to get started.

Also: How to build a super functional home office for under $1,200

While it's certainly possible to spend a lot to equip the ultimate home office, we've put together a build that can get you everything you'll need to be productive for about $300. We're assuming you're starting with a laptop and a smartphone. Beyond that, we've chosen items that will get you going.

When we originally ran this story back in March, we were able to clock in at just under $300. The exact same products cost $400 today, a 33 percent jump in just four and a half months. But we went back and substituted products, and were able to get close to that three hundred dollar goal. Here, we're clocking in at just over $312. 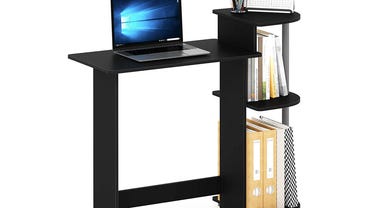 It all starts with a dedicated desk. When you can get a desk for under $45, it doesn't make sense to try to survive on the dining room or kitchen table. By having your own desk, you can define the area that becomes your office and get your work done.

We chose this desk because it allows space for a monitor, an all-in-one printer/scanner, and there's even a cubby on the side where you can tuck your laptop and a docking station. 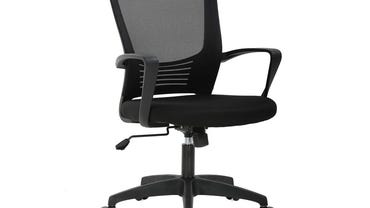 Our original pick in March was the Flash Furniture Mesh Chair, which was available for $53.84. But since it more than doubled in price in four months, we're substituting with a new option from Vnewone. This is actually less expensive than our previous recommendation, and has some solid reviews.

We did not choose the least expensive chair. If you're working on a quick email over the weekend, any old chair will do. But when you're at home and sitting for eight to 10 hours a day, you need something with back and arm support.

We like this chair because everything is adjustable, plus it's got a mesh back that can help you remain comfortable for the whole day. It's also got casters, so you can easily move around without scuffing the floor. Just be careful: When you work at home, the puppy might want to cuddle under your feet. When you move, make sure the little sweetie isn't underfoot. 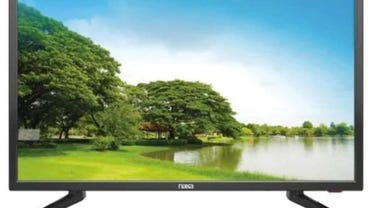 Next up in our budget guide is a 24-inch 1080p LED TV, which can serve as both a monitor and a pair of speakers. This is an important investment. Spending hours a day staring at a tiny screen can hurt your eyes and your head.

Our original budget pick of a Sceptre 24-inch jumped in price more than 40 percent in the four months since I originally published this list. I haven't found anything similar for $85, but I was able to find one budget choice for just under a hundred bucks.

We chose this model because it will fit on the desk, has an HDMI input for both sound and video, and is affordable enough to be a no-brainer purchase when equipping a budget office. Unfortunately, while the Scepter has nearly a thousand reviews with a four-star average, this has just six five star reviews. Caveat emptor. 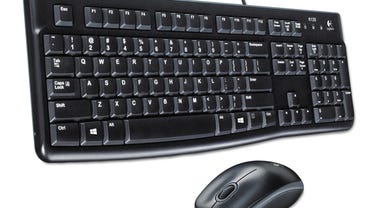 Gotta give Logitech credit. In my updated Build a super-functional home office for $1,200 guide, Logitech prices held steady. In the case of this keyboard/mouse combo, they actually declined by two pennies. It's not enough to go our and buy a peanut butter mocha blend at the local Bentley's Coffee*, but it's something.

You'll notice we've been focusing on budget ergonomics. You need to be able to stay healthy and comfortable to get your job done. That means you'll need a dedicated keyboard and mouse, rather than the cramped keyboard and trackpads normally found on most laptops.

We chose a wired pair from Logitech. There's no doubt this is an inexpensive set, but Logitech makes great UI hardware -- I'm using a Logitech keyboard and mouse to type this article right now. The keyboard we selected has a full keyboard, including the number pad and function keys. The mouse includes a scroll wheel for easy page manipulation.

*Gratuitous link included to support our local retail establishments. Plus, drive-through peanut button mocha was one of those special things that made life worth living before the pandemic. 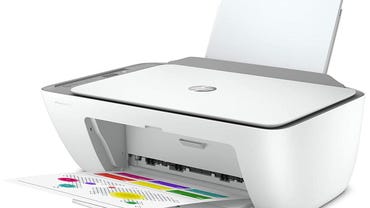 Pricing for our original recommendation went up about 20 percent at Walmart and up a whopping 60 percent at Target. We did find a very similar printer for $69.99 on Amazon and that's what we're recommending this month.

There is some argument among connected work-from-home folk about whether its necessary to have a printer or scanner at all. After all, you can read things online and scan using your phone. Yeah, that works in a pinch. But take it from someone who's been there. There will come a time when you must have both a printer and scanner. For that, there's this.

We chose for you an all-in-one that offers printing, scanning, and copying, as well as color printing. 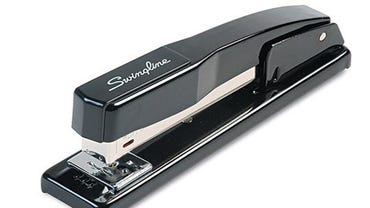 This goes with the printer. When you need it, you'll need it. Plus, we chose the classic Swingline model that just screams out "office" so that you feel official when working at home.

Everyone's seen one of these. They're inexpensive, but robust. This unit will staple up to 20 pages at once and holds 210 staples for when you need to go on a mad staple frenzy. 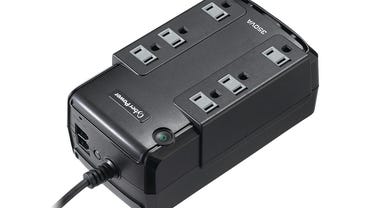 This is a relatively small CyberPower, but it's also relatively expensive. If you're using it to protect a laptop, printer, and monitor, you'll be fine. But if you have a big gaming machine with powerful video cards, you might want to upgrade to something with more heft.

These two bonus items will take you from just under $300 to just under $400, but if you can swing the cash, they're worth it. 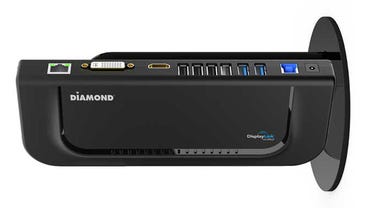 As docks go, this one's pretty inexpensive. But that doesn't mean it won't help protect your laptop. Rather than plugging everything into your laptop every time you sit down at your desk, you just need to attach power and a USB cord.

If you have a USB C-based laptop, you'll want to look for a different dock, perhaps the $199 Plugable TBT-3 docking station, which will work beautifully with modern MacBook Pros and Airs. 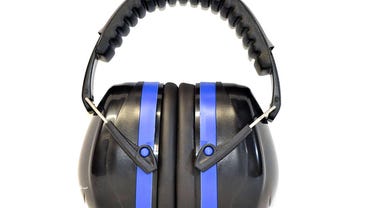 If you take only one piece of advice in this article, take this. Buy yourself a set of pro-level earmuffs. You won't need them, until the day you do. And when you do, you'll be incredibly grateful.

Here's how it will go down. You're at home, trying to concentrate on a critical deadline project that everyone's counting on you to complete. At the very same time, some home event is going on as well, whether it's a long-cherished out of town guest dropped in to visit, the water heater decided to explode and you have a team of repair folk working on it, or the in-laws are staying for a week because power is out at their place due to a hurricane. There will come the time you must-must-must block out sound. This is for that time.

Trust me on this. You have been warned.

Tell us about your home office

So there you go. These items will get you up and running quickly and keep you on budget. Once you get settled, tell us how you set your space up. Feel free to share any ideas, comments, and suggestions in the comments below.

Join Discussion for: Work from home on the cheap: Build a budget...