VR headsets have become HTC's main focus after it failed to achieve notable shares in smartphone market but will continue to release new smartphones.
Written by Cyrus Lee on Nov. 26, 2018 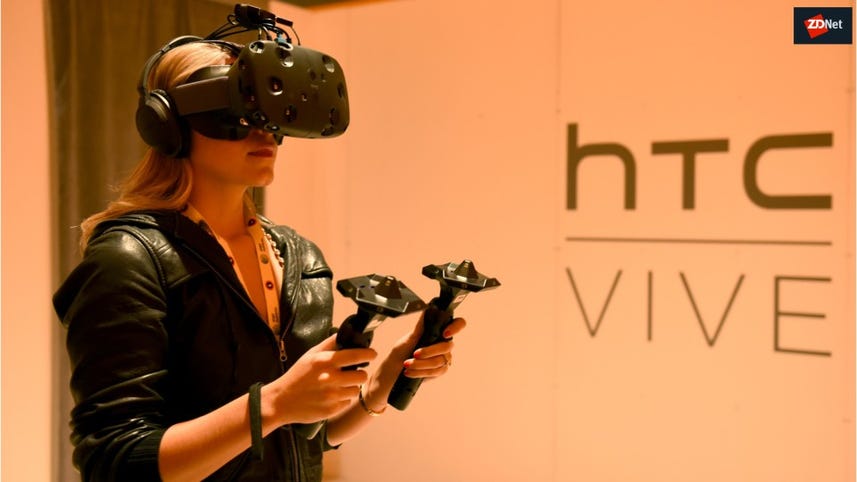 Taiwan's struggling smartphone maker HTC has denied media reports suggesting it will exit the smartphone market by no longer releasing new phones, saying that it will release new flagship models soon, according to a Sina report on Monday, citing news report from local Taiwan media.

HTC will not give up its smartphone business as mobile handsets have become an indispensable part of people's everyday lives, the Taiwan company said in an official statement, responding to a recent news report which suggested that HTC will axe the next generation of new flagship phone launches.

The company further added that it will launch new mobile phones in the end of 2018, as well as in early 2019. Reports suggest that the upcoming new phone next month will be an upgraded version of its HTC U12 Life phones, that were first introduced in August this year.

The Taiwan smartphone brand have had a difficult time in handsets sales as its products are no longer considered a top-tier player among mainstream brands, even inside its own domestic market.

A DigiTimes report last week said Apple was the top smartphone vendor in Taiwan during October, with a strengthening market share of 30.4 percent, followed by Samsung, Asustek, Oppo and Sony.

Huawei, HTC and Xiaomi placed in the sixth to the eighth positions, with markets shares between 4.4 percent and 5.2 percent, said the report.

In China, the largest smartphone market globally, HTC phones are basically out of the eyesights of the consumers within that market.

HTC, which is trying to introduce phones dedicated to games and blockchain as new alternatives, is also pinning big hopes on its virtual reality headsets as its VR business is currently a market leader.

"The key VR technologies related to mobile phones will play a key role in the future development of mobile devices," HTC said in the statement, according to the Sina report.

HTC U12 Plus announcement and first impressions: No notch, big sound, and elegant HTC design

HTC continues to release Android smartphones and the new U12 Plus skips the notch to focus on what HTC does right. It's a phone that can compete with the best and launches at a price a bit less than the Galaxy S9 Plus.

Terrible sales figures, a production estimate of only 2 million units for 2018, massive layoffs, a flagship phone getting slammed by reviewers for its non-functioning non-buttons, and a high entry price VR experience make it tough to count on this company lasting too much longer.

HTC and China Mobile have announced a 5G Devices Forerunner Initiative, aiming to push 'mass VR adoption' and accelerate production and deployment of 5G devices and infrastructure in China.

Smartphones
Firefox: Our new cookie protection will stop companies tracking you across sites