Huawei, 5G networks and security: How did we end up here?

The row over Huawei's role in 5G networks is longstanding and complicated. Here's what you need to know.
Written by Steve Ranger, Global News Director on July 14, 2020 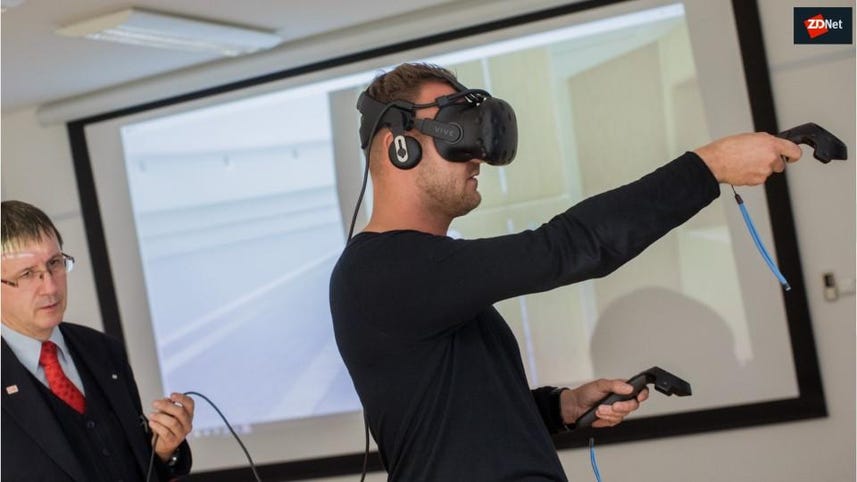 The row over the role of Huawei in the UK's mobile networks is the result of a complicated mix of concerns around 5G technology and big geopolitical battles.

The company has now been effectively banned from the UK's 5G networks. UK mobile networks have been told they cannot buy any more 5G equipment from Huawei after the end of this year, and that they must remove its technology from their 5G networks by the end of 2027. The move will push back the rollout of 5G in the UK by two or three years, the government has admitted – and cost somewhere around £2 billion in additional costs.

All of this only six months after the government gave a cautious green light to Huawei being involved with the UK's 5G rollout.

This has been a long-running saga. The US administration has argued for several years that the use of Huawei equipment in sensitive networks could leave countries at risk of being spied on by the Chinese state. Huawei has consistently denied that this could happen, and the US has not provided evidence to back up its claims.

Although Huawei equipment has been used in the UK's telecoms networks for nearly two decades, the US and others have argued that having the Chinese tech giant involved in 5G networks is too risky.

Over time these 5G networks will become the communications backbone for everything from autonomous cars to smart cities and automated factories, meaning that the security and reliability of the network becomes a vital national interest.

The UK has had to maintain a careful balancing act, trying to keep both the US government and the Chinese government happy; upsetting either too much could have serious economic consequences for the country as it tries to redefine its place in the world after Brexit.

After a long review process, in January the UK government said it would allow Huawei to provide some equipment for the country's 5G networks, although not in the core of the network, which deals with billing and subscriber data. Mobile operators were also told that equipment from 'high-risk' vendors such as Huawei could only make up 35% of the non-core network.

At the time, the UK's cybersecurity agency, the National Cyber Security Centre (NCSC), said that the risks involved with using Huawei were manageable. It has also said that there is a security risk in reducing the number of key 5G suppliers in the market from three, including Huawei to effectively two – Nokia and Ericsson.

So why the sudden change, only six months later?

While much of the pressure has come from the US, the UK government has also had to contend with Conservative backbench MPs pushing for a harder line on China. And the US has again tightened its restrictions on Huawei, in May making it harder for the company to access US technology and software to make the chips used in its devices. It was this tightening of restrictions that appears to have finally forced the UK to shift its position.

The NCSC launched a new review to see what impact these new restrictions could have on Huawei's role as a supplier to UK networks, with a key concern being that the Chinese company would have to find new chip technologies and suppliers that could increase the risk of using its technology. It is this review that will help ministers make today's decision, effectively shifting the debate away from Huawei's existing security (which has itself been criticised) to questions about how secure it's technology will be in the future.

NCSC concluded that as a result of the sanctions Huawei will need to do a "major reconfiguration" of its supply chain, which would therefore "make it impossible" to continue to guarantee the security of Huawei equipment in the future.

SEE: Huawei hits back as UK takes another look at 5G role

But all the time the UK's mobile networks have been rapidly building out their new 5G networks – much of it using Huawei equipment, or built on top of the existing 4G Huawei networking equipment.

That means ten of millions of pounds of investment. Halting the installation of new Huawei equipment and removing existing kit will be very expensive and time consuming for network operators.

BT has said totally removing Huawei technologies from UK networks could not be done in less than ten years. Networks have also warned that it could push back the rollout of 5G – and create the risk of network outages as the work was done.

Huawei points to the influence of the US administration, arguing: "Regrettably our future in the UK has become politicized, this is about US trade policy and not security."

There will be a debate about whether the cost and the delays are necessary, and whether any technology can ever be really secure; and who will eventually pick up the bill for all of this. And it remains to be seen how the Chinese government will respond to this snub. Even though the decision about Huawei's role in 5G is finally made, the impact of it will be felt for years to come.

Security
Samsung Galaxy Z Flip 4 vs Motorola Razr 2022: Preorder the Flip or wait for the Razr?