Huawei: No plan for Harmony-powered smartphone, for now

Don't expect a phone based on Huawei's Android alternative operating system to arrive this year.
Written by Liam Tung, Contributor on Aug. 22, 2019 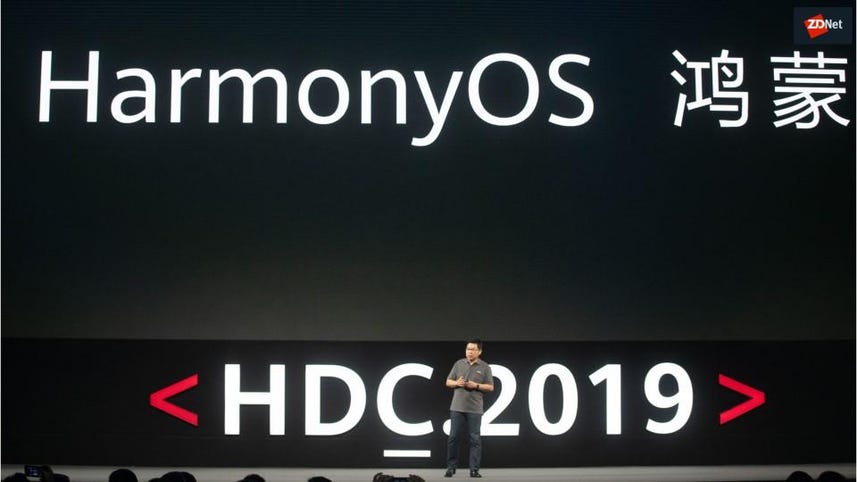 Huawei has said it has no plans to release a phone this year running on its Android-alternative operating system.

The Chinese tech company has touted its Harmony or Hong Meng OS as its 'plan B' option should the US Department of Commerce prevent it from using Android.

Yang's comments follow moves by the US on Monday to allow a further 90 day extension to a temporary licence which gives Huawei continued access to technology from US firms, including Google. At the same time the US added 46 more Huawei affiliates to the Department of Commerce's Entity List.

Huawei was added to the Entity List after the US government decided the company is engaged in activities that are "contrary to US national security or foreign policy interests." Companies on the list are prevented from accessing certain US technology -- in this case potentially Android and key Google services --unless they have a licence.

The original 90 day licence expired on Monday and the new 90 day extension means Huawei could be cut off from key parts of Google technology on November 17.

Huawei's addition to the Entity List in May occurred amid the US ramping up tariffs on Chinese imports and failed attempts by the White House to broker an acceptable trade deal with China.

This week the Office of the US Trade Representative deferred a new 10% duty on $300 billion of Chinese imports that would have impacted Apple's iPhone, iPad and MacBooks. The tariffs are now set to come into effect on December 15 instead of the planned date of September 1.

US president Donald Trump on Sunday said he spoke with Apple CEO Tim Cook, who had "made a good case" that the tariffs harmed Apple but benefited its main smartphone rival Samsung.

Secretary of Commerce Wilbur Ross said the latest exemption for Huawei was intended to avoid disrupting consumers as it urged them to transition away from Huawei products.

However Huawei phones aren't widely available in the US, despite the company selling more phones globally than Apple. Still, some regional US carriers use its networking equipment.

It's unlikely Huawei would launch a Harmony-based smartphone unless it was forced to given the operating system's relative immaturity and the fact that Huawei had no time to convince developers to build apps for it.