The only way to make a decision about 5G is to test it yourself. My experience was troubling.
Written by Chris Matyszczyk, Contributor on Jan. 5, 2020 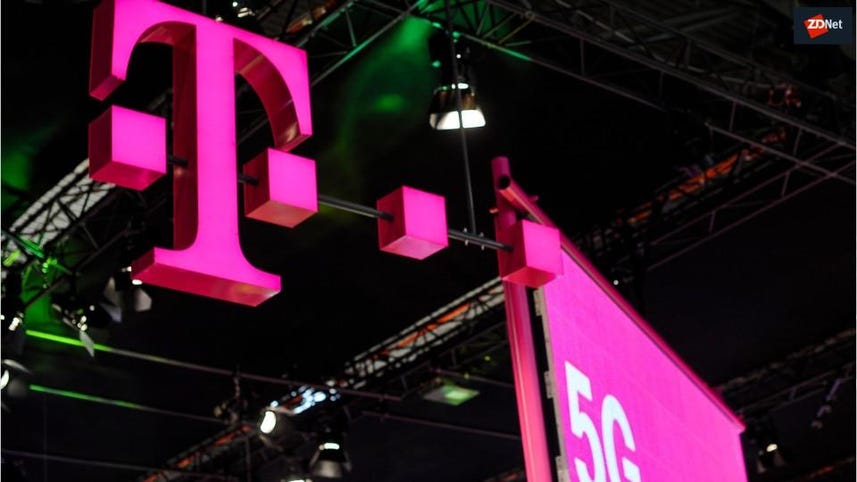 It had to be done.

After I'd walked into a Bay Area T-Mobile store and been told 5G was entirely unavailable until some gloriously unspecified day in 2020, I found myself walking around with a child's depressive stoop.

I'd been pestered by T-Mobile ads on Twitter, only to be let down in real life. So I had to find out if this was the hype I could believe in.

Fortunately, I had some business to do in Miami, so the 3,000-mile flight would bring me right to the heart of the new 5G era.

T-Mobile has already enabled Miami. I looked around to see if there were peculiarly happy faces staring at their new 5G phones. It wasn't obvious.

So I wandered into a dramatic-looking T-Mobile store to be at one with the 5.

I immediately noticed the 5G display. It was right in my face the minute I stepped over the threshold.

These seemed to be the only two 5G phones on offer. They were both, however, garlanded with promises I feared they wouldn't instantly fulfill.

Messages such as "Experience the phenomenal speed" and "Hyperfast 5G," seemed a little much for this very first phase of 5G.

Still, I was ready for a new experience. Fortunately, an utterly charming T-Mobile salesman approached.

"I want to experience your phenomenal speed," I told him. "Is it really phenomenal?"

"Oh, yeah," he began. "I really notice the difference."

At this, he began to poke at the OnePlus, not with complete success. "I"m an iPhone guy, myself," he explained.

Still, he poked several times, brought up a Wikipedia page or two, and expected me to be impressed (I thought).

Perhaps it was a nanosecond sharper. My eyes, however, weren't startled by some astonishing change.

I still felt a touch boomless, even when I did the poking myself. Some pages seemed to come up more quickly than others. Nothing, though, gave me reasons for my sinews to expand.

The salesman explained that T-Mobile's 5G would work equally well in buildings as outside. I understand this is a little dig at Verizon, whose 5G T-Mobile believes is inferior.

This was hard for both of us, I could see. I saw little difference. He insisted there was a big difference. I couldn't see it. He couldn't not see it. It was as if he was pointing to a rainbow in the sky, and all I could see was clouds. I even pulled out my own iPhone XR to see if there was a real difference. Not to my naked eye.

I thought it best to move the conversation along.

"If this 5G is so wonderful, why have you only got these two phones?" I asked.

He admitted he was a little perplexed. He didn't even try too hard to tell me these two phones were the ones every cool Miami clubber was already sporting.

"Whatever they call it."

As we chatted more, he agreed that the display looked a little strange with just these two phones. Even if, to my eyes, the OnePlus was a pleasing device. The salesman didn't choose to push either device. He didn't even bother to mention that the Samsung costs $1,300. He made me feel, in fact, as if he was reasonably indifferent to both.

He insisted, though, that when T-Mobile's 5G finally comes to the home of tech, I'll be moved to paroxysms of joy.

"I tell you what, I'll come back here this time next year with my new 11S, and we'll test it out together," I said. He laughed and agreed.

This isn't to say 5G won't have an enormous impact and turn us into even more impatient, grasping souls.

I do worry, though, that this early hype -- on the part of carriers and phone manufacturers -- may, as so often happens, create a greater excitement than is currently warranted.

Yes, T-Mobile wants to claim it has the first nationwide 5G. In the way that nationwide doesn't include the Bay Area. (Well, there are a lot of separatists here.)

But when it's all switched on, will we be startled by the difference? We can but hype.