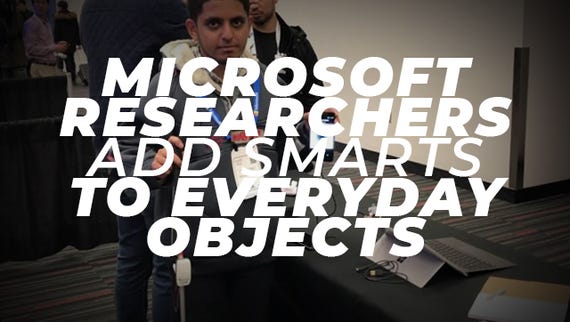 One of the longest-running gatherings of experts in artificial intelligence is showing a new friendliness to the business world.

The Neural Information Processing Systems conference, or NeurIPS, now in its 32nd year, is mostly a place for machine learning researchers, many from academia, to confer on such arcane topics as "deconvolutions," counterfactuals, and "generative priors."

This year, the show, taking place in Montreal, kicked off on Sunday with its first-ever expo, a day of talks, demonstrations and workshops by big tech firms, including International Business Machines and Chinese search giant Baidu. It is a nod to the increasing prevalence of the field of neural networking, and related technologies, seeping into every aspect of business today.

In one of the salons of the mammoth Palais des Congrés, where the week's events are taking place, one section of the conference rooms was dedicated to corporate booths like what you'd find on the floor of a trade show. IBM was there, showing off its Project Debater technology that enables a computer to engage in ongoing arguments with a human; and Facebook, Amazon, Intel, Microsoft, Google's DeepMind unit, and Twitter all had big booths. Even Apple had a booth, though it was empty during the evening break when many attendees mobbed the room. Apparently, Apple earlier in the day was showing off some mapping technology.

Although this is the first explicit courting of a business presence at the show, the participation by tech giants should not be entirely surprising. Many of the firms have ongoing roles with the conference. For example, Marian Bartlett, a former UC San Diego professor, currently a research scientist at Apple, is the organization's treasurer, and Google and Microsoft and others firms' employees sit on the board of directors for the conference.

There were also startups. Bristol, England-based Graphcore, which is aiming to compute with Nvidia in sales of massive data center chips for neural networking training had a booth filled with units of its rack-based server systems filled with multiple inference processing unit, or IPU, chips.

Another startup, Lambda Labs of a San Francisco, was showing off its $12,000 desktop system, the Quad RTX, featuring four Nvidia GPUs and the Ubuntu Linux distribution.

Earlier in the day, some of the tech giants offered demo sessions. Amazon's cloud computing unit talked with attendees about something called Eider, an implementation of the Jupyter Notebook programming environment that is built especially for Amazon data scientists to use internally. Eider is different from AWS Jupyter instances for the public, called EMR and Sagemaker, in that it allows for collaboration by multiple parties on the same notebook.

Microsoft demonstrated something called GesturePod technology that can be attached to ordinary objects to turn human gestures into machine control.

Invited talks during the day also focused on numerous aspects of AI in business. Researchers from BenevolentAI, a firm that is trying to disrupt the pharmacology industry, talked about how they are using a variety of techniques for semantic and syntactic analysis to search huge data sets of different types to identify novel drug targets and synthesize novel drug compounds.

Monday kicks off with a day of tutorials. For example, Google researchers teaching attendees how to visualize machine learning networks. The main conference presentations start Tuesday, and run through Thursday, and Friday and Saturday feature two whole days of workshops.

The NeurIPS event was sold out this year. While there is no official attendee count, organizers told ZDNet that the conference had 3,000 slots for registration, and had "reached that limit several weeks ago."