Full Bio
Posted in Between the Lines on October 9, 2020 | Topic: Innovation 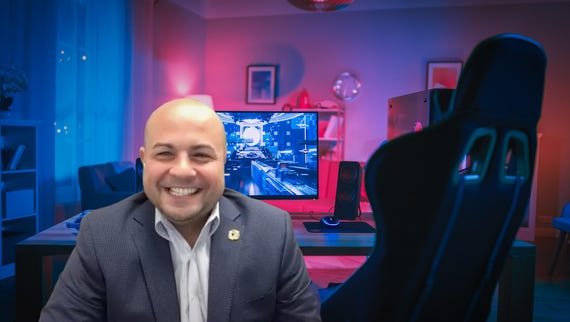 How esports intersects with life, athletics, and business
Watch Now

IBM has announced its debut into the esports arena through a multi-year deal inked with the Overwatch League.

Esports is roughly described as competitive videogaming, team-based play, and digital tournaments. The industry goes far beyond a casual, friendly gaming session between friends, however, as professional teams have now formed to face other groups worldwide.

Interest in the industry continues to grow, perhaps propelled further by the travel and social restrictions imposed by COVID-19. In August, for example, Singapore set up a new, official trade body dedicated to driving forward a "sustainable" esports ecosystem in the country.

As esports competitions and entertainment sessions are able to be conducted remotely with the help of cloud technologies, high-speed broadband, and analytics, technology giants appear to be keen to establish a presence in the emerging space.

On Friday, IBM announced the new esports deal, the first the company has agreed in this sector, with Overwatch League.

Under the terms of the agreement, IBM's Watson artificial intelligence (AI) and machine learning (ML) suite will be leveraged for the Overwatch 2020 Grand Finals, alongside 2021 and 2022 Overwatch League seasons.

The company has been a long-term partner of traditional sports teams and clubs, including Wimbledon tennis, The Masters golf, and ESPN Fantasy Football.

It makes sense for the technology firm to build these existing relationships up within the digital sector, and as esports is likely to only increase in popularity as standard sporting events face pandemic disruption, this move could give IBM new outlets for esports-related revenue, as well as advertising.

"The solutions we're partnering to create can help the organizations, players, and fans enjoy an even more immersive, engaging experience," commented Noah Syken, VP of Sports & Entertainment Partnerships at IBM. "We look forward to working with the Overwatch League, to bring innovative solutions at scale, to broad and relevant audiences."

IBM may have been slow off the mark when it comes to esports, but now it has joined the likes of SAP, which inked a deal in 2018 with Team Liquid. The organizations agreed to develop games and tournaments, using data analytics to monitor gamer performance, recruit new players, and more.

Join Discussion for: IBM enters the esports fray with Overwatch...