Full Bio
Posted in Between the Lines on February 3, 2021 | Topic: Enterprise Software

IBM laid out a software roadmap for quantum computing that will include the release the Qiskit runtime this year, updated software interfaces and circuit libraries and control systems into 2023.

By 2025, IBM is projecting that there will be frictionless quantum computing to enable a broad array of applications that will surpass classical computing. A lot is riding on open source software called Qiskit. That runtime will serve as the base for further quantum software development. IBM outlined its quantum computing hardware roadmap in September.

Bob Sutor, vice president of IBM Quantum Ecosystem Development at IBM, said outlining a software roadmap is critical to developers as well as enterprises looking to invest in quantum computing. "Roadmaps give people more confidence on what to expect and when," said Sutor. "We do hope this gives a lot more certainty."

Sutor said the goal is to set up a software ecosystem to get to the point where quantum computing trumps the classic approach. Much of the roadmap revolves around eliminating noise in the quantum system and errors. "This is a different programming model and we are mixing software development constructs," said Sutor.

Because quantum computers are physical systems it's critical that software develops to correct errors and add fault tolerance. Ultimately, developers will earn quantum computing programming and Sutor noted there has been a lot of interest in IBM's quantum classes. "If you know Python you can learn quantum computing," said Sutor. "Then you just have to decide where you want to enter the stack. If you're a sophomore in college and thinking ahead you can use Qiskit for all of this."

Here's a look at the roadmap. 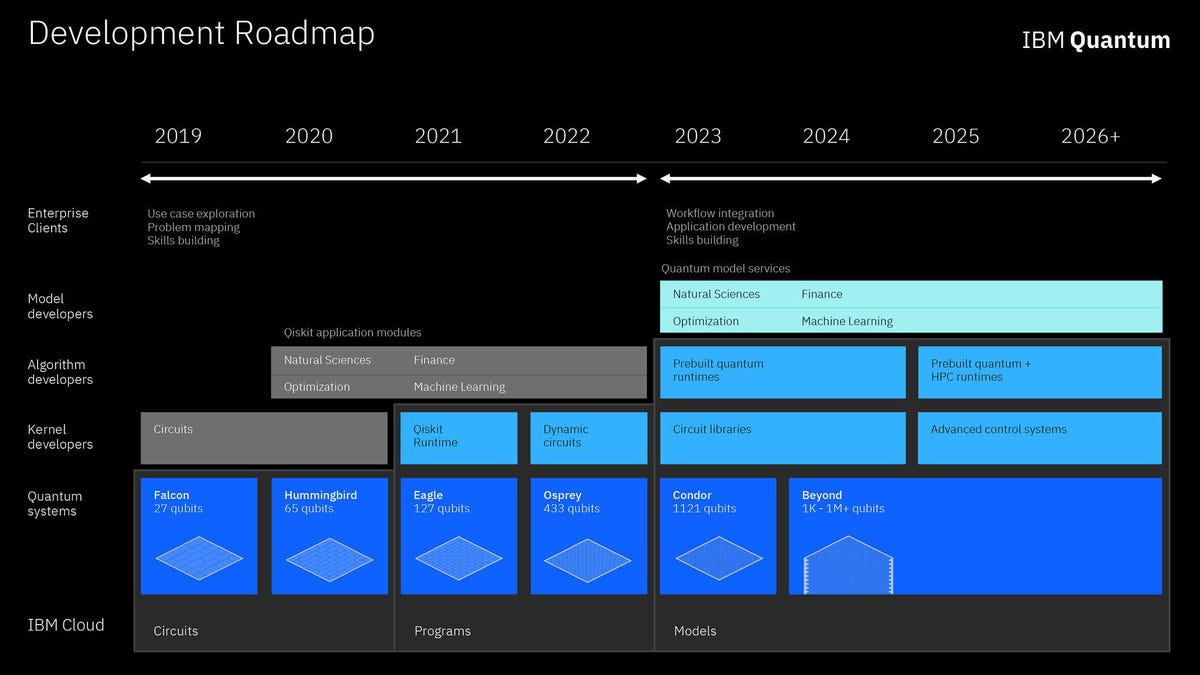 A few key highlights along the way: