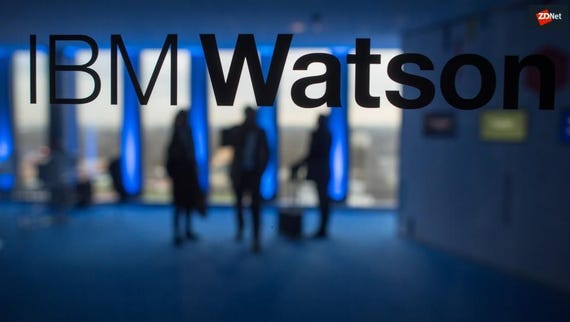 The most severe flaw, CVE-2018-2602, was actually addressed in Oracle's January 2018 critical-patch update, and then originally patched in an update IBM released in March 2018. IBM updated the advisory throughout the year with information about fixes for additional Watson products and components.

The advisory notes that the Java bug is "difficult to exploit" but allows an "unauthenticated attacker with network access via multiple protocols to compromise Java SE, Java SE Embedded, JRockit".

IBM's PSIRT also put out an alert for a high-severity flaw affecting the IBM Decision Optimization Center, which uses the IBM SDK Java and IBM Runtime Environment Java versions 7 and 8. These are affected by two bugs.

One the two bugs, CVE-2018-12547, is a severe buffer overflow affecting the open-source Eclipse OpenJ9 Java virtual machine. It has a CVSS 3.0 base score of 9.8 out of a possible 10 and could allow a remote attacker to execute arbitrary code on the system or crash an application.

"The recommended solution is to download and install the IBM Java SDK as soon as practicable," IBM notes in its advisory, adding that there are no workarounds or mitigations.

The CPLEX product updates also address a Java SE flaw, CVE-2019-2426, which Oracle patched in January, and a locally exploitable flaw in the IBM SDK, Java Technology Edition Version 8 on the AIX platform.

IBM is increasingly plugging into multiple cloud environments--public, hybrid and private--and now aiming to expand the reach of Watson.

It took seven weeks for Big Blue's AI to learn to speak 'council' and pick up the tone of social media posts.

IBM brings artificial intelligence to the heart of cybersecurity strategies

IBM hopes to bring AI, data, and cybersecurity vendors together to tackle ongoing and new threats through the launch of a new open platform.

As attack methodologies advance, tool-assisted detection is indispensable for security professionals to manage sprawling networks of devices that are not necessarily trustworthy.

IBM Watson IoT wants to improve field worker safety with wearables, but could it backfire? TechRepublic

IBM is partnering with Garmin Health, Mitsufuji, and SmartCone on wearables for workers, but other safety measures should not be forgone with the rise of these technologies.

The business software giant unveils its digital helper a few months after Amazon introduces its rival service, Alexa for Business.