A novel pilot program encourages drones at a busy international airport, albeit under strict scrutiny.
Written by Greg Nichols, Contributing Writer on Oct. 16, 2020 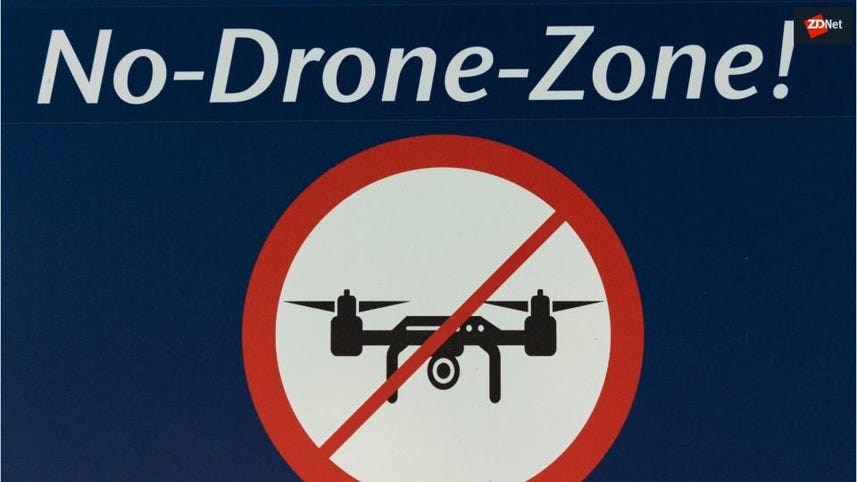 Since September 2018, FedEx has been inspecting its aircraft at a busy international airport using drones that normally wouldn't be allowed anywhere near the facility. Strict regulations prohibit drones from sharing airspace with planes, but a novel FAA pilot that includes FedEx, as well as drone companies such as DJI and Asylon, could change that in the future.

Drone inspection has long been a hot area for enterprise drones, including in unexpected spaces, but this program is a real watershed in the FAA's evolving approach to drone regulation. I reached out to Joel Murdock, managing director at FedEx Express, for insights about the company's airport drone operations and what it means for the future of enterprise drones in sensitive areas, and he's optimistic.

"We believe drones could help improve efficiencies around aircraft inspections and maintenance at our World Hub at Memphis International Airport," says Murdock, "and other airports around the country.  We also believe drones can be used to supplement our existing airport perimeter surveillance and runway/taxiway FOD detection activities."

The program started in May of 2018 when the U.S. Dept. of Transportation launched the Unmanned Aircraft System Integrated Pilot Programs (UAS IPP), granting ten leading participants the opportunity to test ten different use cases for drones. Memphis-Shelby County Airport Authority, in collaboration with FedEx, was given the go-ahead to test drones for on-airport operations, and the findings from each UAS IPP will help inform future policymaking for drones operating in the United States.

To understand why this is so significant, it's important to understand how strict the current regulatory environment is.

"The U.S. Federal Aviation Administration currently restricts the use of drones within five miles of an airport," explains Murdock. "Through the Memphis-Shelby County Airport Authority's UAS IPP we are working with the FAA to safely test use cases for on-airport drone usage. Our findings will help inform future policymaking towards the use of drones at and around the perimeter of airports in the United States."

The drones in FedEx's pilot are focused on day-to-day operations, including supporting aircraft general visual inspections using high resolution camera imagery on the top on the fuselage, wings and tail sections at World Hub at Memphis International Airport.

"These drones will identify areas requiring further analysis by inspection personnel to determine if a repair action is required," says Murdock.

If successful, the concept is likely to spread. "We are hopeful that we will be able to continue testing drone use at Memphis International Airport, and eventually other airports important to our operations in the future."