If you have a spare $3,000 doing nothing, then you could drop it on Intel's first 28-core unlocked workstation processor.
Written by Adrian Kingsley-Hughes, Contributing Writer on Jan. 31, 2019 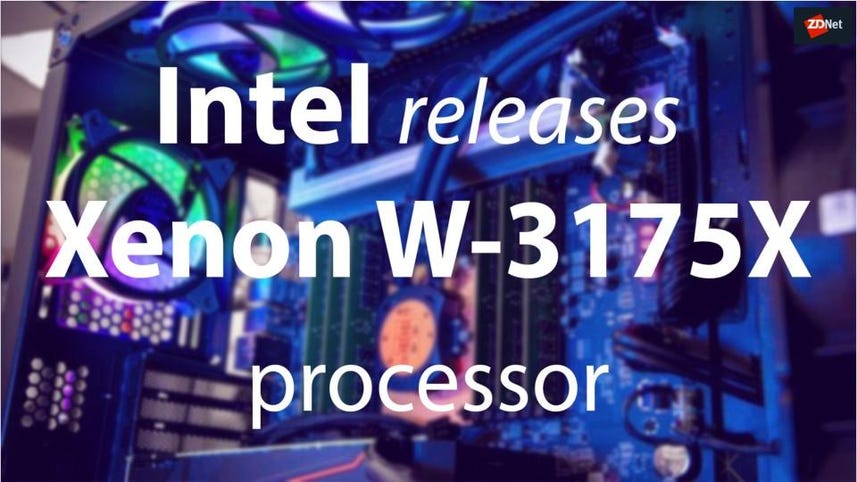 Intel has finally released the Xeon W-3175X workstation processor that it first announced back in October 2018 at Computex. This is Intel's first 28-core/56-thread processor and it is aimed squarely at those involved in professional content creation, and architectural and industrial design, which run highly-threaded and computing-intensive workloads. But this performance comes at a price that makes AMD's Threadripper processor look affordable.

The tech specs for the Xeon W-3175X are impressive.

It's also worth noting that you don't get a cooler for the price. Aestek have come out with an Intel-approved liquid cooler for the Xeon W-3175X – the all-new Asetek 690LX-PN – but that will add another $400 to the budget.

The Xeon W-3175X also comes with a built-in USB 3.0 controller with support for up to 10 ports, an integrated Gigabit Ethernet controller, along with with support for Intel Virtual Raid on CPU (Intel VROC) and Intel Rapid Storage Technology (Intel RST), with support for RAID configuration on PCI Express and SATA storage devices.

For those who want to experiment with overclocking, every purchase of a Xeon X-3175X processor comes with Intel's Performance Tuning Protection Plan that allows for a one-time replacement processor if you kill yours by pushing it outside of Intel's published specs.