The EyeQ chip which powers driving-assisted cars appears to be at the heart of the deal.
Written by Charlie Osborne, Contributor on May 18, 2018 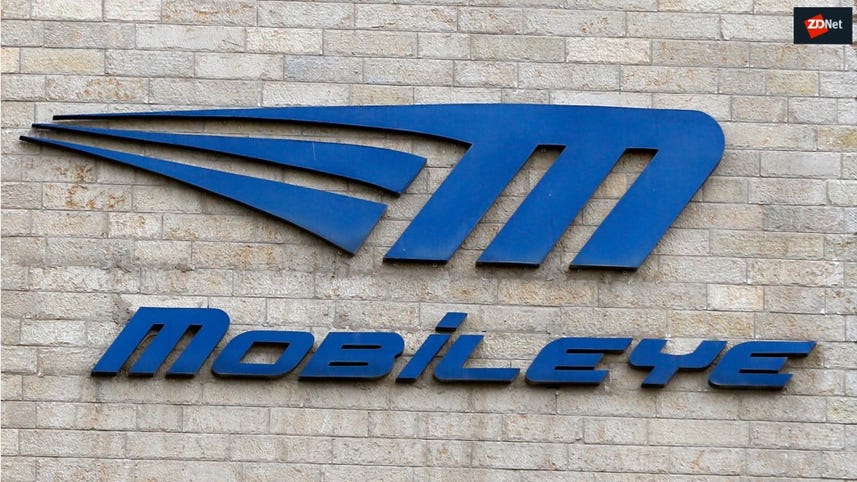 Intel's Mobileye unit has been awarded a contract to supply millions of autonomous vehicles.

According to Reuters, eight million cars will be equipped with self-driving technologies and shipped off to an automaker stationed in Europe.

Erez Dagan, senior vice president for advanced development and strategy at Mobileye told the publication that the contract will come into play in 2021 when Intel's Mobileye EyeQ5 chip is ready.

The processor is an upgrade on the upcoming EyeQ4, which is due to be rolled out in the coming weeks.

While the identity of the purchaser has not been revealed, the deal is one of the largest Mobileye has secured.

At the time, Intel CEO Brian Krzanich said Mobileye fits into the tech giant's strategy to become one of the forerunners for the processing power behind everything from the cloud to the Internet of Things (IoT) and data analytics.

Cars are becoming far more than traditional fossil fuels, engines, and wheels. Instead, they are becoming bridges to mobility, data collectors, and all in all, far smarter.

It may be many years before the autonomous driving Holy Grail of Level 5 -- where drivers are little more than passengers -- is reached. Recent tests have also given automakers and tech firms alike a reality check due to Uber's fatal crash.

However, research is striding forward and both the brains and data behind the technology are key components -- an area Intel intends to dominate.

"Many of you have asked why we think autonomous cars and vehicles are so important to Intel's future," said Krzanich at the time of the purchase. "The answer is DATA. Our strategy is to make Intel the driving force of the data revolution across every technology and every industry."

This is why the contract is so important to Intel's self-driving unit. It shows that despite hurdles, investors and automakers have faith in these technologies and are willing to bet on other features -- including driver-assistance systems and data collection -- in the meantime.

Mobileye, a competitor of companies including Nvidia, Aimotive, Aptiv, Uber, and Lyft, claims to have a market share of over 70 percent in the driver-assistance industry.

The Society of Automotive Engineers (SAE) ranks autonomous driving through levels one to five, with the latter being fully autonomous. Mobileye is currently working towards level three, which means vehicles are able to take over all of the critical driving mechanics, but drivers may be asked to intervene.

According to Mobileye CEO Amnon Shashua, the company hopes to have over 100,000 level three cars on the road with Mobileye technology installed by the end of 2019.

Reuters reports that Mobileye is also testing level four technology in Ford Fusion hybrids with EyeQ4 chips installed. In tests, these vehicles drove down highways in Jerusalem without guidance from drivers. Production is expected to begin in 2021 for level four systems.

Jerusalem is convenient considering where Mobileye was based, but the unit also says that the country is the perfect testbed for autonomous driving technologies.

"Jerusalem is notorious for aggressive driving," Mobileye says. "There aren't perfectly marked roads. And there are complicated merges. People don't always use crosswalks. You can't have an autonomous car traveling at an overly cautious speed, congesting traffic or potentially causing an accident. You must drive assertively and make quick decisions like a local driver."

Intel and Mobileye own a fleet of 100 autonomous vehicles. While these vehicles are currently undergoing tests in Israeli traffic conditions, the companies plan to expand to the US and other regions in coming months.

Mobileye differs from a number of competitors due to an emphasis on cameras as the eyes of a vehicle in connection to the processor brain. The fleet cars use 12 cameras each. Eight cameras provide long-range surround views and four cameras are reserved for parking.

The company says the overall goal is to develop the cameras to the point where data processed from these devices is enough to sense other road users, drivable paths, the status of traffic lights, the creation of HD maps and general vehicle control in what Mobileye calls "true redundancy."

"True redundancy provides two major advantages: The amount of data required to validate the perception system is massively lower (square root of 1 billion hours vs. 1 billion hours) [and] in the case of a failure of one of the independent systems, the vehicle can continue operating safely in contrast to a vehicle with a low-level fused system that needs to cease driving immediately," Mobileye says.

Four production launches are planned this year for the EyeQ4 processor, with 12 additional launches slated for 2019.