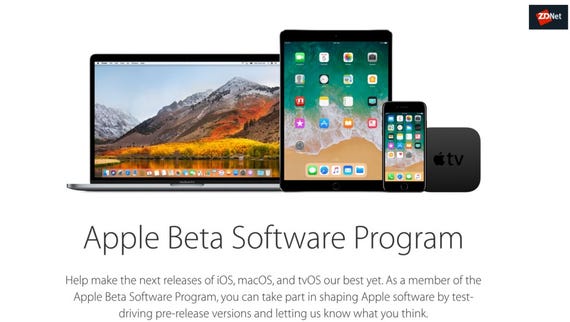 iOS 11 was introduced at Apple's Worldwide Developer Conference keynote on June 5, and the first public beta appeared at the end of the month. I made the decision to jump to the beta as soon as it was released, so I took the plunge and decided to run the operating system on my daily driver iPhone.

What a mistake that was.

For a public beta, the early releases of iOS 11 were really flaky and temperamental, and the worst I remember from Apple in years. Not only were they buggy, crashy, and incredibly slow, but also a lot of stuff was badly broken. I saw Control Center bugs, notification bugs, camera bugs, and Wi-Fi, cellular, and Bluetooth all seemed unstable in the early releases.

There were also plenty of app problems. And I don't just mean the old 32-bit apps that have been on the chopping block for some time, but apps that worked fine under iOS 10 became really buggy under iOS 11. Crashes were way up, and I saw a lot of weird UI bugs, even in well-established apps such as Google Chrome.

But over the months the betas got better (as you'd expect), and with the latest iOS 11 public beta 9, the releases have gone from being some of the worst I've seen from Apple, to some of the very best. Stability is now on par with what I'd expect from a release version, and performance seems about the same as I see from iOS 10 across a range of devices.

Wireless connectivity stability has also improved to a point where "it just works." For weeks Wi-Fi dropping and connection refusals plagued me, along with random, intermittent Bluetooth issues.

All of these problems are now gone, and the public beta feels as robust as a normal release of iOS. In fact, running iOS 11 public beta 9 alongside iOS 10 on different devices, it's almost impossible to tell the two apart.

So does this means that you should jump with both feet into iOS 11 once Apple releases it in a few days?

I would urge caution. Major iOS releases are typically followed up by minor bugfix releases over the course of a few weeks. I've seen all sorts of new -- and sometimes show-stopping -- bugs make a last-minute appearance, and if possible they're best avoided. I'd say put a hold on installing the update on your main devices for a week or so, to give time for Apple to shake out any bugs.

Better to be safe than to render your main iPhone or iPad unusable.

For a sneak peek at what's in iOS 11, take a look at "iOS 11 first look: What's new in Apple's public beta" for a detailed rundown of the new features.

Join Discussion for: iOS 11: It's gone from awful to awesome