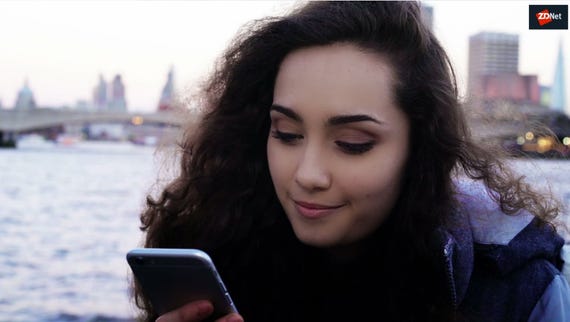 Do you want a cheaper iPhone, or are you willing to pay more? Either way, Apple will have you covered!

Must read: It turns out the iPad was just too expensive after all

It now seems highly likely that the iPhone 8 will be Apple's most expensive iPhone to date, with a price tag ranging from $1,200 to $1,400 -- which puts it into MacBook Pro territory.

That's a lot of money, but the upside for the mere mortals out there with more restrained budgets is that this could very well be used to subsidize a price drop at the lower end.

In a note to Above Avalon newsletter subscribers, analyst Neil Cybart pondered the following:

"Call me crazy, but we still don't have enough evidence to completely rule out Apple cutting pricing for the new 4.7-inch and 5.5-inch LCD models by $100 next month. If a $999+ OLED iPhone ends up representing half of iPhone sales, iPhone ASP (average selling price) will still go up even if the new LCD models see a $100 price reduction."

Note that if half of all the iPhones that Apple sold were $999+ OLED iPhones, then that would give the ASP a huge boost. But while the ASP is an interesting metric -- it's a measure of how much consumers are willing to pay for an iPhone -- it's not as important to Apple as other factors, such as total iPhone sales (which determine the growth of the ecosystem) and overall revenue and profit.

iPhone ASP fluctuates wildly. Over the past few years it's fluctuated from highs close to $700 to lows of under $550, and this fluctuation has little bearing on gross profit margins.

But an interesting thing to bear in mind is that while iPhone sales and ASP has been high for the past few quarters, growth has been problematic, hovering in single digit percentage point territory. This has been a problem for Apple, especially given slumping iPad sales.

But Apple slashed the price of the iPad following the introduction of the iPad Pro, and that seems to have given sales a boost (for now at any rate).

But Apple will need to be more cautious when it comes to slashing the price of the iPhone. After all, the effect on iPad ASP has been profound -- it's now at $435, while a year ago it stood at $490. iPad sales were already in the dirt and slashing the price will have been a last ditch move from Apple to keep the platform going.

While iPhone growth is weak, a $100 price cut for the iPhone 7s and iPhone 7s Plus could have a big negative effect on the ASP if Apple couldn't sell enough iPhone 8 handsets (either because of lackluster interest, or, more likely, shortages).

So no matter what, it's still a big gamble for Apple, and one that could go wrong.

One thing is for sure, Apple is playing the price cut game carefully. Unlike the PC industry or Android makers, where it's a race to the bottom, Apple knows that there's no going back from a price cut, which is why it's been playing with new lines such as the iPad Pro and iPhone SE.

The iPhone 8 (or iPhone Pro, or iPhone X, or whatever it ends up being called) gives Apple a way to cut the price of the iPhone while still offering a premium-priced product to those who feel it's worth the money.

And don't scoff at them, because they will, in a small way, be subsidizing your cheaper iPhone.

Join Discussion for: Your next iPhone could be $100 cheaper, or...