iOS 14: The worst release to date

A quick release of iOS 14.0.1 brought some fixes, but things are still super rocky. And it's time for Apple to change the way iOS releases are released.
Written by Adrian Kingsley-Hughes, Contributing Writer on Oct. 1, 2020 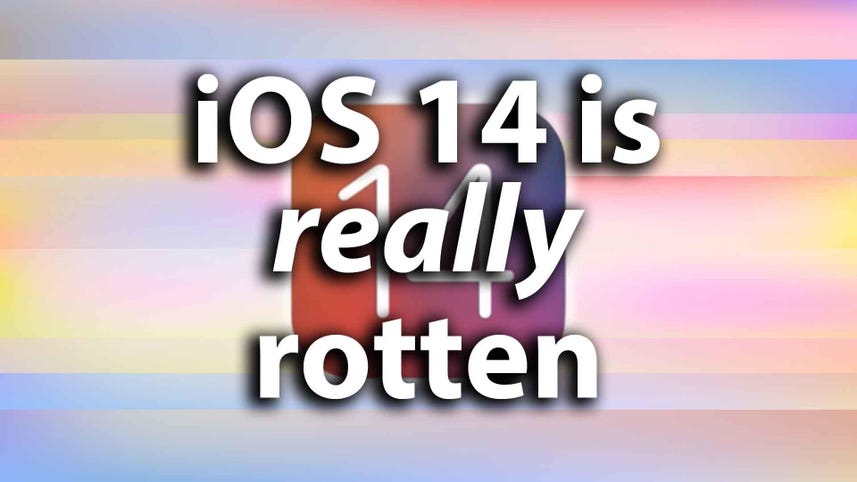 And it's not just iPhone issues. The iPad platform -- a platform that Apple promotes as a replacement for laptops -- is also plagued with similar issues (and more, such as charging problems).

It seems that Apple's plan for iOS and iPadOS is to disrupt the platform yearly, and then take months to bring the platform back to stability.

And each release seems to be rockier than the last. Perhaps this is true, but it's likely to be down to the size and scale of the iOS and iPadOS platform. Over a billion devices makes it a huge and diverse ecosystem.

Hundreds of millions of devices -- devices in the hands of people trying to get work done -- are being subject to a new release yearly, and it takes months to get back to stability.

And people get a few months of stability before being subjected to another shaky release.

Quite possibly the worst.

Must read: iOS 14.0.1: The battery and connectivity woes continue

So, what's the solution?

Once upon a time, I'd have said that having an open beta would make a difference, but it's clear that this is not the solution -- at least not the single solution. Despite a long run of developer and public betas, the final release turns out shaky.

I've watched this happen over the past years.

Perhaps a better solution would be for Apple to get rid of yearly monolithic releases, and focus on a slower development cycle. There should be a focus on stability and performance, and on giving developers a platform to build apps, and make new features secondary.

And while we're on the subject of developers, giving them more than 24 hours' notice that a new version of iOS is landing would be a good idea, because that would give those developers a chance to get their apps ready for the new release.

Another option might be for Apple to stagger releases, or give users an option to jump onto a fast cycle (along the lines that Microsoft does), and for Apple to support the older version of iOS for a few months alongside the new release.

This would give those wanting fast access the option, but at the same give delivering security patches and bug fixes to the users who want to sit back and wait for things to stabilize before moving to the new release.

The rush by Apple to get as many people -- or devices -- running the latest version means that bugs are being pushed to hundreds of millions of devices in record time.

This needs to change. While it might have once been seen as an achievement to get a new release onto as many devices as possible, when those releases are buggy, it's more a badge of shame rather than a medal of honor.