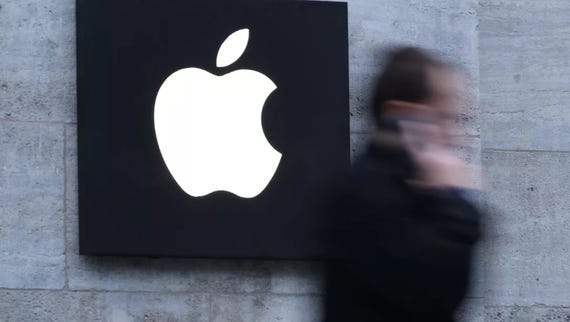 Two iOS developers have sued Apple and are seeking class-action status for their case, alleging the company has attained monopoly power in the US market for distributing iOS apps by barring rivals.

Apple of course only allows iOS apps to be installed on iPhones and iPads from the Apple App Store and charges developers a commission for any sales.

The suit claims that Apple's 30 percent cut is "overly expensive" and that its $99 annual developer fee has "cut unlawfully into" developers' potential earnings.

The developers also complain that because the App Store is the only distribution point for iOS apps, apps get "buried" among the two million other apps, stifling competition and innovation.

"If Apple did not shut out all competition from access to iOS device owners, there would be more stores that could feature more apps, as well as stores that would specialize in certain kinds of apps," the suit contends.

Law firm Hagens Berman filed the lawsuit on Tuesday at the US District Court for the Northern District of California in San Jose. The two plaintiffs are the developer of a basketball workout app and a baby-naming app.

Another complaint is Apple's rule that paid apps are priced at a minimum of 99 cents and that all prices end in $.99. The suit argues if it were possible to price an app below 99 cents, the developer could have captured more sales.

In May, the US Supreme Court ruled that a lawsuit filed by a handful of iPhone owners challenging Apple's control over the App Store can pursue an antitrust lawsuit against the company.

Apple tried to have the case dismissed because developers set the price of their own apps and therefore consumers can only sue developers.

In an interview with CBS News yesterday, Apple CEO Tim Cook denied Apple could be viewed as a monopoly when asked if Apple was "too big".

"No. I don't think so. I think that with size, I think scrutiny is fair. I think we should be scrutinized. But if you look at any kind of measure about 'Is Apple a monopoly or not?', I don't think anybody reasonable is going to come to the conclusion that Apple's a monopoly. Our share is much more modest. We don't have a dominant position in any market," said Cook.

To support the argument that Apple's App Store has no competition, the developer suit also cites the European Commission Android antitrust ruling, which noted that the Google Play Store for Android apps is "not constrained" by Apple's App Store because it's only available on iOS devices.

"Apple admits that it shuts out all competition from app-distribution to iOS device consumers, ostensibly to protect its device customers from bad apps and malware. But this is overblown pretense," the suit reads.

"There is no reason to believe that other reputable vendors, including Amazon, for example, could not host an app store and provide a trustworthy app-distribution system if Apple were to open up its system to other providers."

More on Apple and the App Store