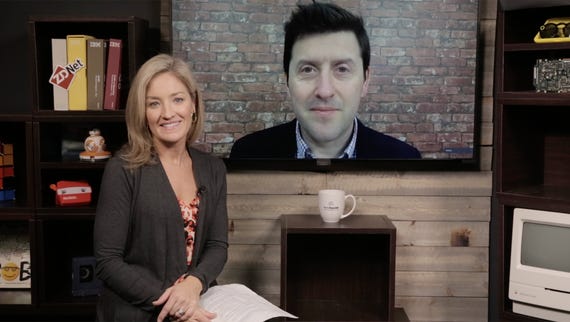 5G: What it means for IoT
Watch Now

We're in the middle of an Internet of Things gold rush, with big tech companies racing to persuade us to cram as many smart gadgets as possible into our homes, our offices, our cars.

Most of these are cheap, in many cases with the aim of encouraging us to buy as many as we can.

Web security cameras can tell us who is at the door or what the dog is up to while we are out. Digital assistants come with microphones so they can hear us to set a timer or turn the lights on or play a favourite track. Motion sensors tell us when the door is open and smart thermostats tell us if the house is cold, so that we can switch the heating to warm things up before we get home.

But the data from those cameras and microphones and motion sensors has a second life beyond simply making your life easier.

In many cases the data those sensors gather during the course of the day is stored, analysed and repackaged. It's sliced and diced and re-used by companies that want to understand us and what we do. That second revenue stream is why so many of these things are cheap in the first place.

Recently, the UK government made a first attempt at coming up with a set of rules for IoT security that gadget makers must stick to if they want to sell their devices in the country. For example, it requires:

The government has promised (but also set no date) to back up the list with law. And it's a pretty modest list, and it goes nowhere near far enough, and ignores the issue of IoT privacy entirely.

But it serves, if nothing else, as a reminder that we – and not big tech – can, when we want to, still make rules about the technology invading our lives.

So, in the same spirit, here's my wish-list of what I'd like to see as a set of requirements for IoT devices – either in the home or in the office. Another five requirements that would go a long way to improve the privacy of everyone that comes into the range of those sensors:

There's a few more I could throw in; that devices should be designed with repair and recycling in mind, for example.

Now, I'm well aware that this is an impossible list.

No tech company would agree to this level of data about their business being made public; and yet they expect us to allow them to eavesdrop and watch our every intimate moment.

I'm sure plenty will call me naïve or stupid for even asking for some of these things. But the very idea that things on this list – like knowing what happens to video recorded inside your own home – are considered impossible dreams, shows just how deeply surveillance capitalism has dug its hooks into us in the past decade.

Few of us understand the Faustian bargain about privacy and security that we've made with tech companies, thanks to the IoT.

Few of us understand or can manage privacy or security implications of inviting these devices into our lives. That's not surprising, in that we've mostly signed up without understanding what we've agreed to. Few of us bother to read terms and conditions; fewer still understand them: and often those T&Cs are vague on the details anyway. If the IoT is not simply going to be another technology that chips away at our privacy and security, we need to understand what these devices are doing.

ZDNET'S MONDAY MORNING OPENER:
The Monday Morning Opener is our opening salvo for the week in tech. Since we run a global site, this editorial publishes on Monday at 8:00am AEST in Sydney, Australia, which is 6:00pm Eastern Time on Sunday in the US. It is written by a member of ZDNet's global editorial board, which is comprised of our lead editors across Asia, Australia, Europe, and North America.